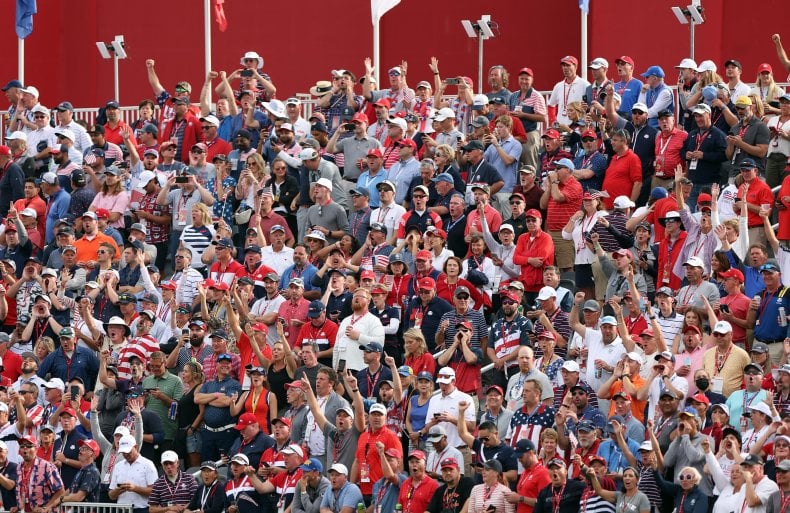 Normally fans can expect to sing along to “Sweet Caroline” at sporting games, but there’s a new hit song in town. As some Americans get a little bit of normalcy back by attending larger events such as sports games and concerts, one viral trend has been prominent. The crowd breaks out in chanting and singing “F*** Joe Biden.”

Attendees of the events have posted videos of the chants from all across the country. Videos come from multiple types of venues and occasions with participants of all backgrounds and ages.

Many of the videos highlighting the chanting write “F JOE BIDEN’ IS THE #1 song in the USA RIGHT NOW.” The specific and abrupt three-word chant took a comical turn when “F*** Joe Biden” turned into “Let’s go Brandon.”

“Let’s go Brandon” is what one NBC reporter claimed the crowd was cheering at a NASCAR race at Alabama’s Talladega Superspeedway in an attempt to cover up the sentiment against President Biden. NBC quickly took the video off their platforms, but not before the clip went viral.

NBC reporter was interviewing Brandon Brown after his victory, so “let’s go Brandon” was an easy fix. However, the awkward exchange became wildly popular and has since been turned into memes, chants, t-shirts, anti-Biden paraphernalia and even a banner flown by a sky-writing plane above the Georgia-Auburn football game.