As usual, pundits and publications are wrong.

The recent leak of a draft Supreme Court opinion involving the likely reversal of Roe v. Wade is most certainly a crime.  Indeed, it’s several crimes.  Those who claim otherwise are validating their ignorance of the law or their political bias.  Maybe both.

Let’s begin with the crime of theft.  It’s a felony to “embezzle, steal or purloin” government property and convert it to your own use or the use of someone else (18 USC 641).  The property or record must have value, but courts have consistently ruled that information is valuable.  One only needs to look at the resulting protests and ugly discourse to understand that concept.

It’s far more than a breach of trust.  It is the commission of crimes.

Then there is the crime of obstruction.  Anyone who corruptly attempts to exert undue influence or “impede the due and proper administration of law in a pending proceeding” before a federal court is guilty of obstruction (18 USC 1505).  If it can be shown that the leaker’s intent was to gin up public outrage to affect the Supreme Court’s final decision, then the requirements of the criminal statute have been met.

This also has the dirty fingerprints of a conspiracy to defraud the government (18 USC 371).  This broad statute and the controlling cases that interpret it makes it a crime to “conspire for the purpose of impairing, obstructing or defeating the lawful function of any department of government” (Hass v. Henkel, 216 U.S. 462).  Here, the Supreme Court has a lawful right and duty to render decisions and opinions.  Any attempt to interfere is fraudulent.  The term “defraud” is defined as “cheating the government out of its property, but also obstructing its lawful functions by deceit” (Hammerschmidt v. United States, 265 U.S. 182).

Finally, the crime of computer fraud comes into play.  Even if a person has authorized access to a computer containing a government record, it does not permit him or her to share it with others who do not have authorization.  Therefore, if a computer was used in some way to either download and/or transmit the draft opinion to someone outside the Supreme Court, the government employee is guilty of “exceeding authorized access” and for a purpose not permitted (18 USC 1030). 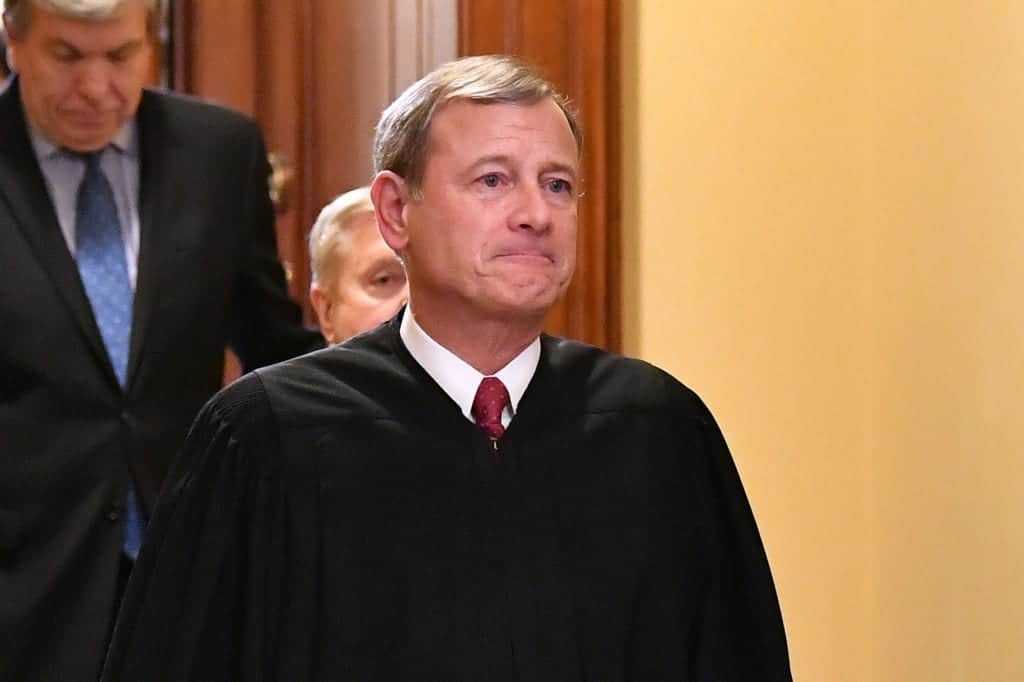 The leaker is surely a government employee who does not own the written opinion of the high court.  The employee is not free to do with it as he or she pleases.  It is the sole property of the government.  The U.S. Supreme Court has strict rules that govern the limited access, handling, and confidentiality of the material.  Only the court itself can dictate the dissemination of an opinion to the general public.  The law exists to protect those rules with criminal prosecution, if necessary.  That law should be deployed aggressively.

Chief Justice John Roberts has directed the Marshal of the Supreme Court to investigate.  This is a strong and appropriate move, but it’s not enough.  The full force of the FBI must be brought to bear, and a grand jury with subpoena power should be convened to haul in potential suspects to testify.  Lying under oath would constitute the additional crime of perjury.

Roberts was correct to call this “a betrayal of the confidences of the court intended to undermine the integrity of our operations.”  But it’s far more than a breach of trust.  It is the commission of crimes.

In this article:featured, Leaker, Supreme Court