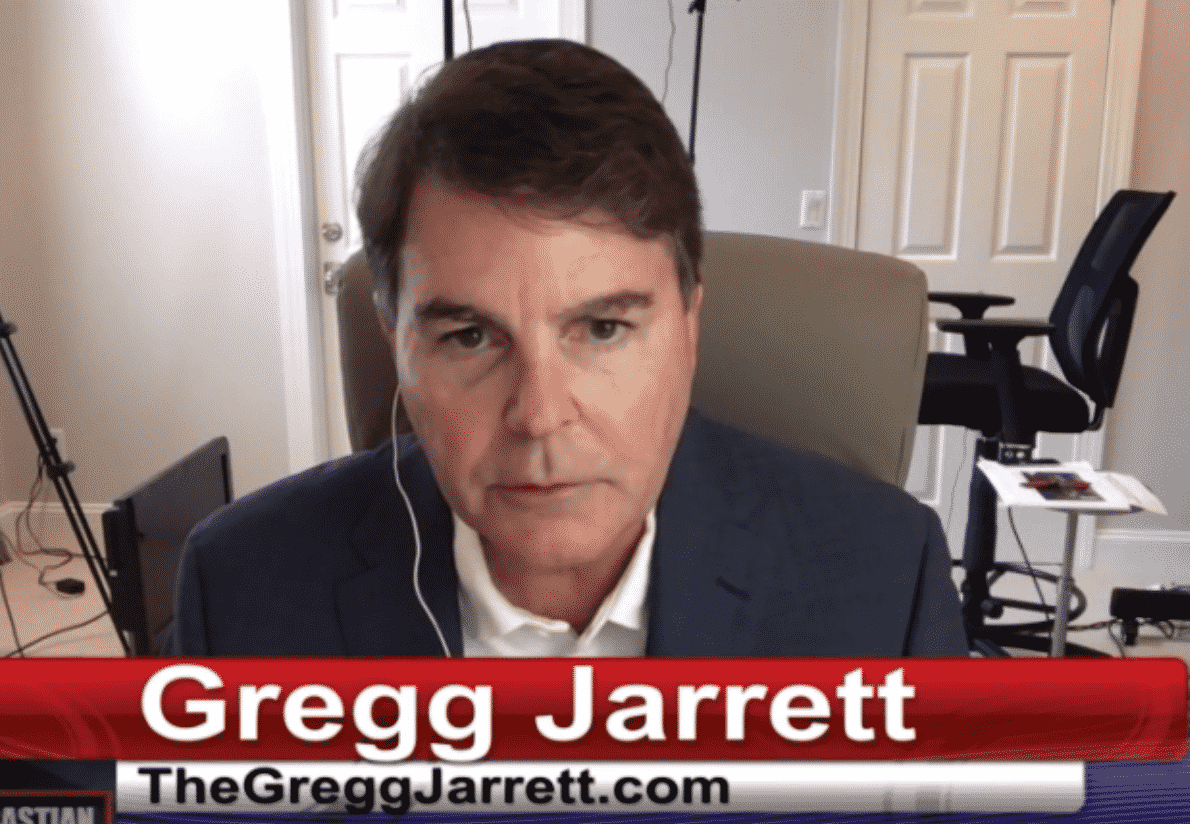 In an extensive discussion on “America First with Sebastian Gorka”, Fox News Legal Analyst Gregg Jarrett provided extensive analysis on the Kyle Rittenhouse trial, followed by a deep-dive into the Durham indictments and the entire Russia Hoax.

Examination of the Rittenhouse trial began with a clip of the emotional testimony of Kyle Rittenhouse. The distraught teenager is unable to conduct a sentence as he is on the stand. “Footage that is still very very hard to watch” Gorka begins.

Gorka explains Kyle was 17-years-old when “he defended himself against a serial rapist and also a wife-beater who were bearing down on him and a third man who held a Glock to his head.” Gorka asks Jarrett is the trial “par for the course?” and to give his expert opinion on “what we are seeing.”

Court rooms can be high drama this has been riveting to watch unfold. “Rittenhouse made a compelling witness…he was reliving the trauma of what happened to him. He was chased down by an angry mob who threatened to kill him. One man tried to bludgeon him to death with a skateboard and another with a gun” explains Jarrett.

“He struck me as credible and candid and sincere, but it’s folly to predict what a jury will do. We’ll have to wait and see.” In terms of the judges theatrics and scolding, Jarrett doesn’t blame him one bit, “the judge was one hundred percent correct.” This is a “prosecutor who either recklessly or ineptly or intentionally violated the Constitutional rights that are sacred of the accused.”

“You cannot be forced to be a witness against yourself. And this is a prosecutor who decided to frame it in a way that suggested that his right to remain silent was incriminating of guilt. That is absolute grounds for a mistrial.”

“But then he doubled down and he violated another sacred constitutional principle and that is the right of an accused to face his accusers.”

Gorka and Jarrett transition to the Russia Hoax, as Jarrett explains there are a lot of “liars” involved in the Russia Hoax and the ensuing ‘Witch Hunt.’ Among them are Hillary Clinton, Christopher Steele, Steele’s source Danchenko, James Comey and more. The most flagrant liar of all is Congressman Adam Schiff (D-CA).

“Schiff did hundreds and hundreds of interviews with the stuck up media. They didn’t know a damn thing because they didn’t bother to investigate any of the allegations or corroborate any of the dossier. They simply took it as gospel as if it were scripture from Moses. They were played for fools.”