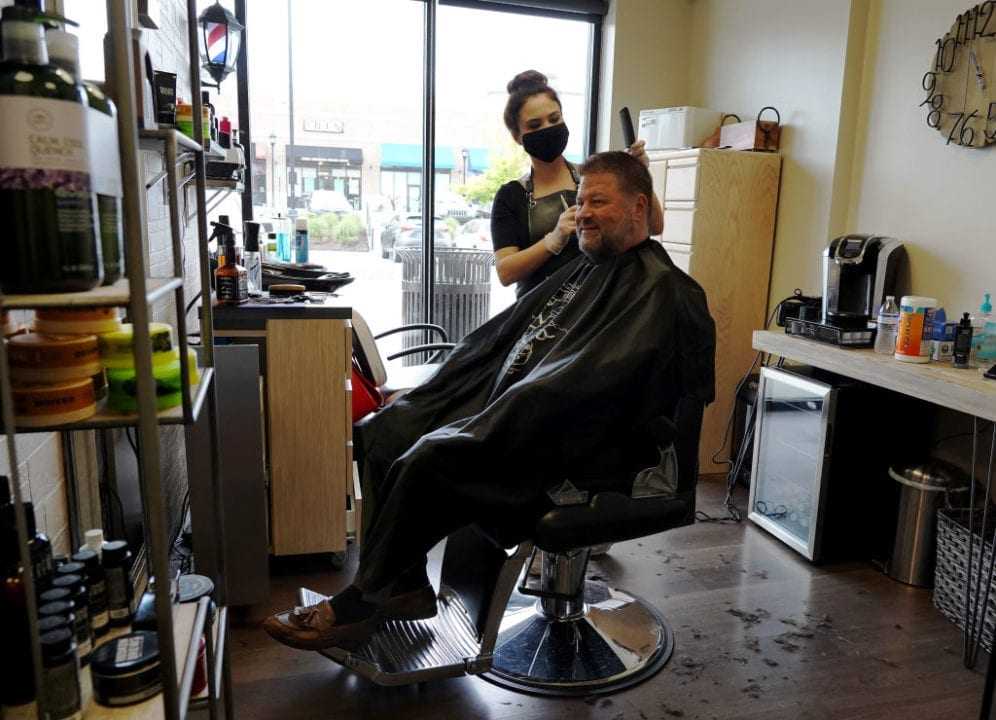 [otw_shortcode_dropcap label=”A” font=”Ultra” background_color_class=”otw-no-background” size=”large” border_color_class=”otw-no-border-color”][/otw_shortcode_dropcap]s the week concludes and the coronavirus has surpassed 50,000 deaths, three states have begun to ease restrictions on its citizens. Georgia, Oklahoma, and Alaska are the first to attempt to get their citizens back to normal. Opinions and legislators differ on strategy and timing to ease lockdown orders, but the country is desperate to begin recovery.

The Republican governors of Georgia and Oklahoma “allowed salons, spas, and barbershops to reopen” the Associated Press has just reported. Alaska maybe even one step further, opening the way “for restaurants to resume dine-in service and retail shops and other businesses to open their doors, all with limitations.”

As another round of stimulus money was just passed and signed by President Trump, the United States has reached jobless claims of up to 26 million people. The Associated Press reports “governors wrestle with conflicting priorities” between “quarantine-fueled job losses and soaring unemployment claims” and advice from health officials warning “lifting stay-at-home orders now could spark a resurgence of COVID-19.”

However, not everyone is on board. “Still, some of the state’s largest cities…were opting to keep their bans in place until at least the end of April.”

As of Friday, the Johns Hopkins University’s compiled government figures say the virus has killed more than 190,000 people globally and more than 50,000 in the U.S, but “the actual death toll is believed to be far higher.” AP points to areas such as Africa and Latin America where “new cases are surging” even though the initial outbreak occurred earlier in the game.

Strenuous decision-making is not isolating from any region of the world. “Schools reopen in one country, stay closed in others; face masks are mandatory in some places, a recommendation elsewhere.” In Sweden, kids are allowed to attend soccer practice, whereas in Spain “they are not even allowed outside” according to the AP.

We are all treading the tumultuous seas of not knowing how to handle a modern pandemic together. Therefore, we will likely continue to see places such as Oklahoma where Governor “Kevin Stitt authorized personal-care businesses to open, citing a decline in the number of people being hospitalized for COVID-19. Those businesses were directed to maintain social distancing, require masks, and frequently sanitize equipment.”

However, not everyone is on board. “Still, some of the state’s largest cities…were opting to keep their bans in place until at least the end of April.”