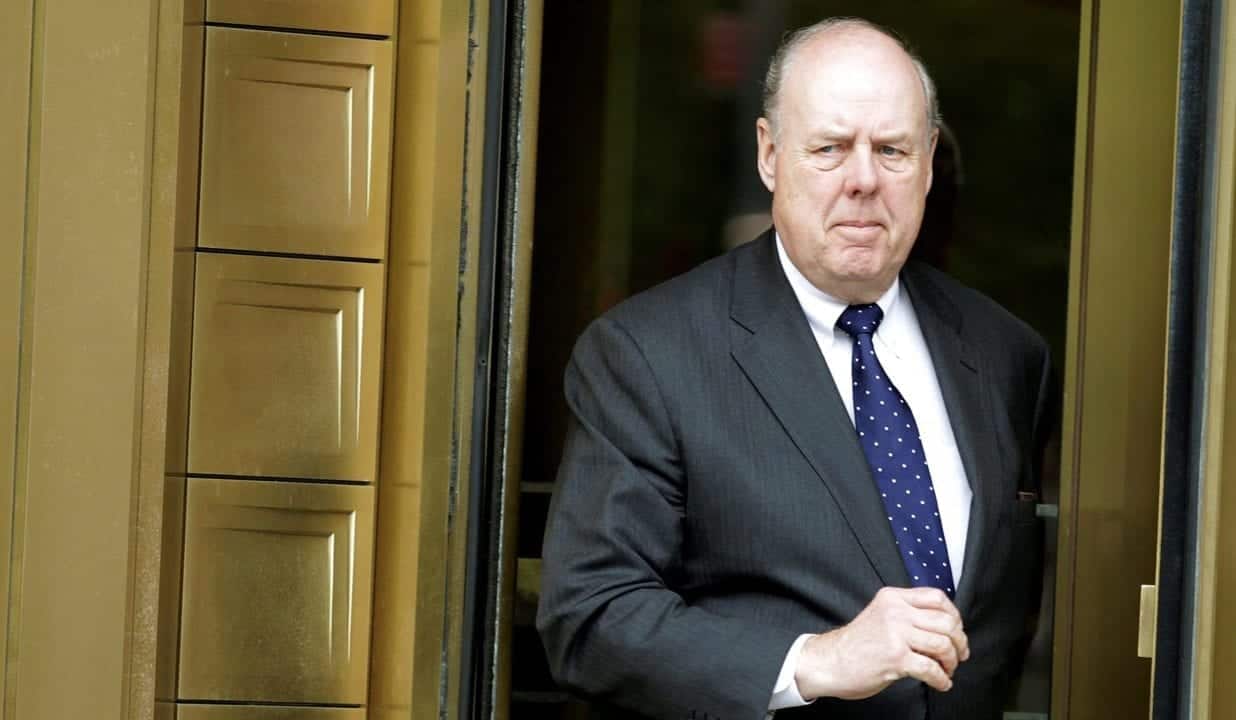 “Mueller’s scheme was the same one captured in the (newly released) FBI set-up notes pertaining to Flynn. They knew they had nothing, but using their official power they created and perpetuated the facade of an investigation,” said Dowd.

In an extensive interview on Tuesday, Dowd explained to me how his commitment of cooperation and transparency in dealing with Mueller was eventually turned against the president, as the special counsel “misled” Trump’s legal team in order to manufacture a crime where none existed.

They knew they had nothing, but using their official power they created and perpetuated the facade of an investigation

According to Dowd, Mueller learned early in his investigation that there was no evidence of Trump-Russia collusion to influence the 2016 presidential election. He admitted it during a meeting with the president’s lawyers on March 5, 2018. So, Mueller shifted to a legally contorted interpretation of obstruction of justice in order to keep his investigation afloat.

On Tuesday, Dowd elaborated on how the special counsel deceived the Trump team:

“As I look back, we had the most perfect trusting relationship with Mueller based on his word and handshake, which held throughout. No paper. Word was solid. They received everything they asked for without a hitch or page missing, including the most intimate notes of conversations with and by POTUS (President of the United States). Every witness they requested testified truthfully. No lying. No grand jury testimony. Mueller affirmed all of this in our March 5 (2018) meeting. How could there be a whisper of obstruction under these circumstances?”

Despite no evidence of an underlying crime, Mueller insisted that the president be interviewed by the special counsel. Dowd knew it was a trap. Mueller had done it to Flynn and others. He was clearly angling for obstruction of justice and hoping to ensnare the president in the equivalent of a perjury trap if he consented to be interviewed.

But obstructing what? Mueller readily acknowledged that there was no underlying crime. Moreover, Trump had encouraged every witness connected to his campaign and the White House to testify. He voluntarily produced more than a million pages of documents. The special counsel’s investigation had proceeded unimpeded.

As Mueller persisted, Trump’s lawyer realized that he had been conned all along. On Tuesday, Dowd was unsparing in his scorn for Mueller and his unscrupulous tactics:

“That is when I knew he had lied to me in our original meeting (June 16, 2017) and every meeting thereafter. Robert Mueller —‘D.C.’s great man’ — completely and deliberately misled us in order to set up a perjury/false statement trap for POTUS. It was a monstrous lie and scheme to defraud.”

Dowd shared with me numerous documents and letters supporting his accusations against Mueller. They paint a vivid picture of a special counsel determined to damage the president with an investigation bereft of any credible evidence.

In the March 5, 2018, meeting, the special counsel suggested that maybe Trump’s firing of Comey (Mueller’s longtime friend, partner and ally) might constitute obstruction of justice. This was especially ludicrous since both Comey and deputy FBI director Andrew McCabe had testified that no one had obstructed the bureau’s investigation and that the probe had continued uninterrupted after Comey’s departure.

Dowd patiently explained to Mueller that the firing had been an exercise of presidential authority under the Constitution and could not, by definition, establish obstruction. Even Comey had confirmed this. Trump had sacked the director for repeated violations of FBI regulations in his mishandling the Hillary Clinton email scandal and on the recommendation of the deputy attorney general, as well as several former attorneys general and deputy attorneys general from different eras and both political parties.

Yet, Mueller would not relent. This led to an angry confrontation between the special counsel and Dowd that is recounted in my book, Witch Hunt Book” href=”https://thegreggjarrett.com/recommends/witch-hunt-book/”>”Witch Hunt: The Story Of The Greatest Mass Delusion In American Political History” (page 222, Chapter 5):

Mueller: I have to look at obstruction.

Dowd: You want to look at obstruction in the firing of Comey? I’ll tell you who our first witnesses will be: the attorney general, the deputy attorney general and the White House counsel. They all urged the president to fire Comey. He was off the rails in his handling of the Clinton email case.

Mueller: We may pursue a grand jury subpoena to compel the president to testify.

Dowd (pounds his fist on the table): You’ve got nothing! Go ahead! I can’t wait for you to try. You’ve got no leg to stand on.

Jay Sekulow, another of President Trump’s lawyers, attended that meeting and confirmed to me this account of the heated exchange, which was also reflected in his handwritten notes.

At the same meeting, Mueller became so desperate that he broached the absurd idea of how Trump’s public criticism of the special counsel might be construed somehow as an obstructive act. Dowd felt that Mueller and his subordinates were now living in an alternative universe where their version of the law bore no resemblance to statutes, Supreme Court decisions, and accepted constitutional law.

“They acted like crybabies who were offended that someone dared to criticize them, so they instinctively labeled it obstruction,” Dowd told me last year. He added, “It was insane.”

One of the most insightful documents Dowd shared with me recently was a letter to Mueller dated Feb. 16, 2018, in which Trump’s legal team argued persuasively how the FBI’s counterintelligence investigation was predicated on Russian disinformation secretly fed to ex-British spy Christopher Steele, who composed a phony anti-Trump “dossier” that was paid for by the Hillary Clinton campaign and Democrats.

[otw_shortcode_dropcap label=”J” font=”Ultra” background_color_class=”otw-no-background” size=”large” border_color_class=”otw-no-border-color”][/otw_shortcode_dropcap]ust last month, more than two years after Dowd’s letter, declassified documents were released proving that Kremlin-sponsored disinformation drove the collusion case. Comey and his confederates deliberately exploited what they knew to be untrue and discredited information. They used it as a pretext to spy on the Trump campaign and investigate the president. This led to the illegitimate appointment of the special counsel, Bob Mueller, who launched an investigation in search of a crime that never occurred. As Dowd correctly stated in his letter, the special counsel appointment was “void” because it was the product of corruption.

On Tuesday, Dowd called Mueller’s investigation and report a sham. “They knew there was nothing there.” Dowd said that Deputy Attorney General Rod Rosenstein also knew it and is “just as guilty.”

Dowd said he hopes that U.S. Attorney John Durham, who is currently investigating the Russia hoax, would hold all of them to account for their rampant corruption and dishonesty. “Their three-year investigation was all phony,” he observed.

Trump’s attorney concluded our conversation with these words:

“They knew there was nothing to investigate. People subverted the system of justice. One corrupt act after another. It’s staggering. The lies were monstrous. It was all pretense and fraud. Mueller should not walk. Rod Rosenstein should not walk.”

And neither should James Comey, Andrew McCabe and disgraced ex-FBI agent Peter Strzok.