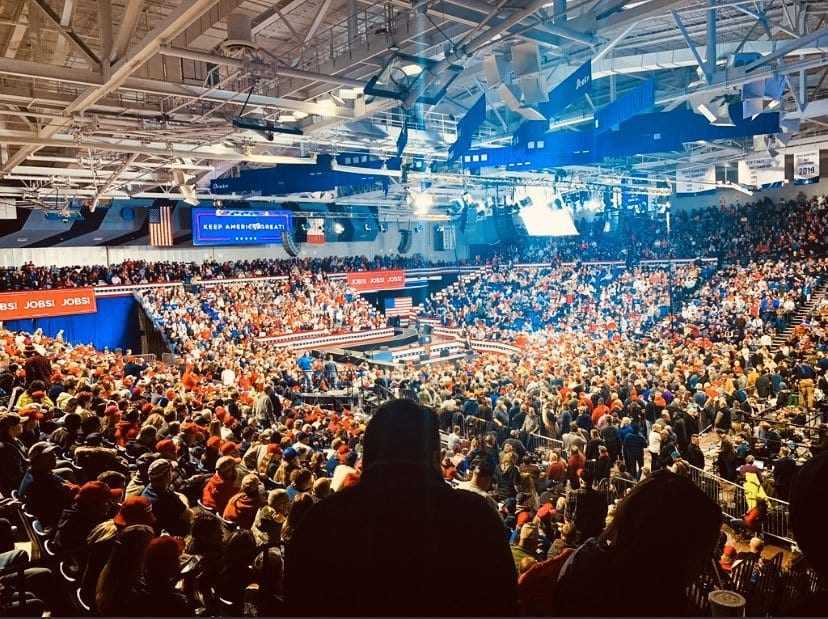 [otw_shortcode_dropcap label=”L” font=”Vidaloka” background_color_class=”otw-no-background” size=”large” border_color_class=”otw-no-border-color”][/otw_shortcode_dropcap]iberals and Democrats up and down the mainstream media are openly sweating bullets about their lacking primary candidate lineup. From concern of lack of energy, noticing large amounts of empty seats, and even banning together against Bernie Sanders who won last night in New Hampshire, they just can’t keep their cool. Republicans and President Trump, however, have no such issue. Trump “turned out enough voters to more than double former President Barack Obama’s 2012 vote total” in New Hampshire, reported Fox News.

Sorry Democrats, your detested President Trump has double the support of your admired and adored President Obama. Specifically, “with 87 percent of precincts reporting, Trump secured more than 120,000 votes” whereas “In 2012, Obama managed just 49,080 total votes in New Hampshire.” Fox News expects the “gap between the two presidents” will widen “as more precincts report their totals” today.

In a brilliant move, President Trump conducted a massive rally in Manchester, New Hampshire on Monday night, just hours before the state’s primary. Speaking to a jam packed arena with a sea of red MAGA hats, Trump’s reelection confidence filled the electric room: “nine months from now, we are going to retake the House of Representatives, we are going to hold the Senate, and we are going to keep the White House…we have so much more enthusiasm, it’s not even close. They’re all fighting each other.”

All fighting each other, indeed. President Trump aside, the democratic primary hopefuls, which has finally reached less than a dozen after a few dropped out after last night’s primary, are eating each other alive. Even the DNC is attempting to thwart Sanders’ nomination, albeit while still failing to unite behind one candidate. The result is almost every Democrat believes they still have a chance at being the nominee. Despite Biden’s lackluster results coming in fifth with just barely over 8% of the votes in New Hampshire, he immediately jumped to the defense in front of South Carolina voters saying only 2 states have voted and there are plenty more to go.

Meanwhile, Trump is not losing support from his base and only gaining voters who are dismayed with the democratic candidates and even those frustrated by the impeachment sham. The audience at President Trump’s rally on Monday at Southern New Hampshire University exceeded the 11,000-capacity venue. The crowd emphatically applauded Trump’s every word, including that “while the extreme left has been wasting America’s time with this vile hoax, we’ve been killing terrorists, creating jobs, raising wages, enacting fair trade deals, securing our borders, and lifting up citizens of every race, color, religion and creed!”

In this article:New Hampshire, news3