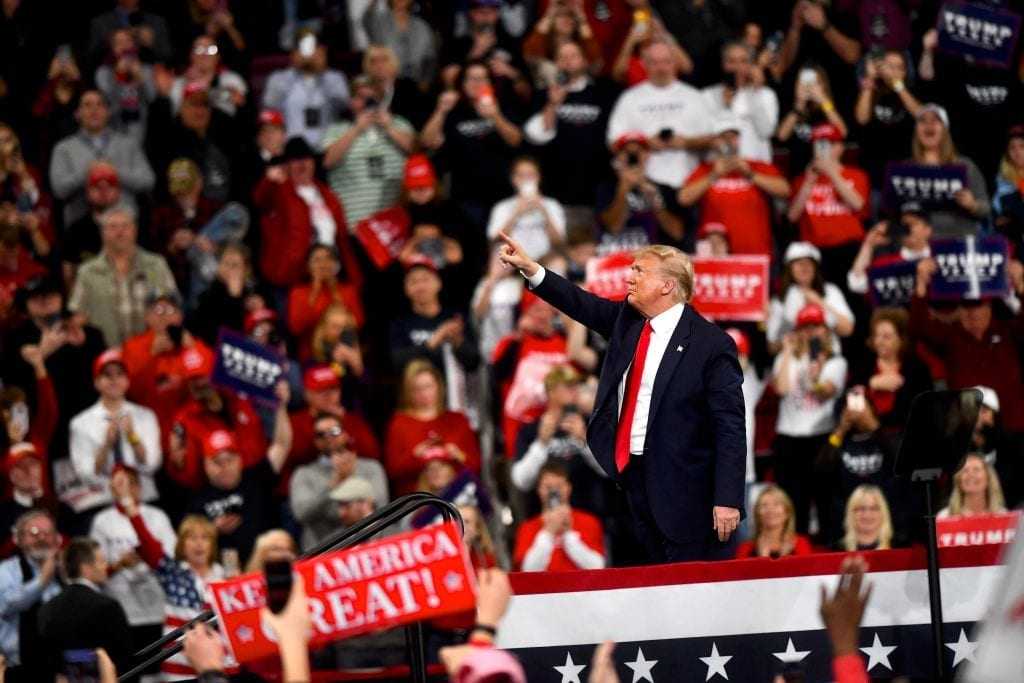 President Trump tore into the Democratic impeachment hoax as he sought to rally supporters yesterday in Pennsylvania, calling the process “impeachment lite” and promising it would lead to his reelection in 2020.

Trump’s visit in Pennsylvania followed a busy day in D.C., where Democrats unveiled articles of impeachment and shortly thereafter signaled their support for the president’s United States-Mexico-Canada trade agreement.

House Speaker Pelosi and her fellow Democrats say they can do two things at once: pass legislation and pursue an impeachment inquiry at the same time. Trump knocked that effort saying, “It plays down the impeachment because they’re embarrassed by the impeachment.”

He insisted, “And our poll numbers have gone through the roof because of her stupid impeachment.”

Trump concluded: “The silver lining of impeachment and this Witch Hunt: That’s the reason they approved USMCA. So that’s OK with me.”