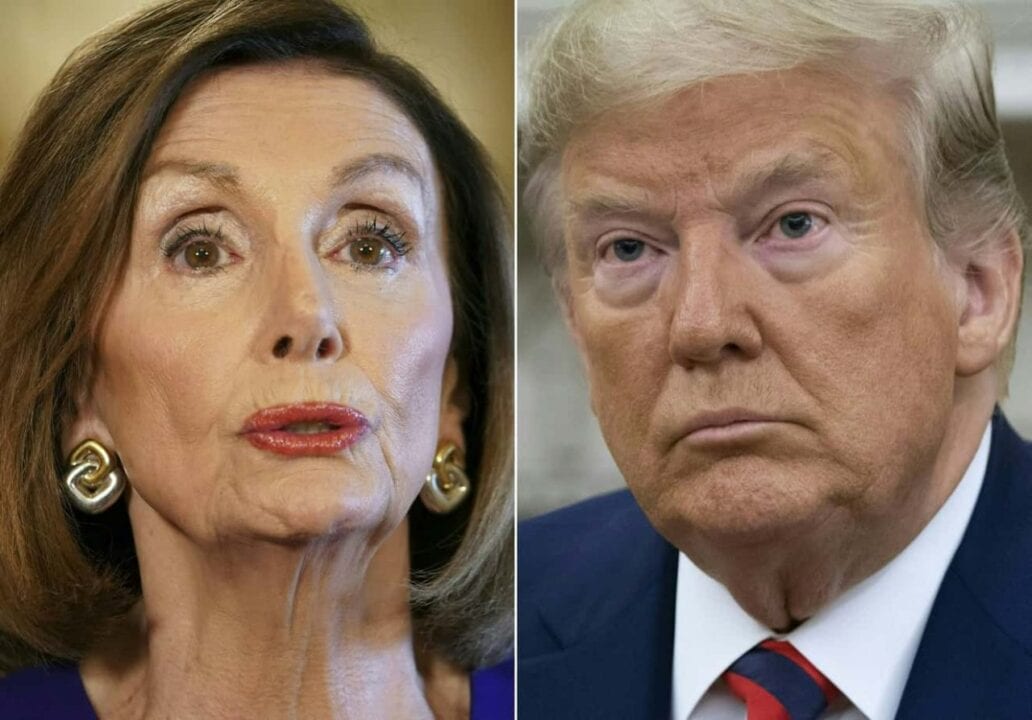 Without having seen or read the released transcript of President Trump’s telephone conversation with Ukraine President Volodymyr Zelensky, House Speaker Nancy Pelosi stepped before cameras and microphones on Wednesday morning and boldly condemned President Trump for using a foreign nation to help his forthcoming presidential campaign.  But that’s not quite what the conversation revealed.  No matter.

Pelosi and rabid Trump-hating Democrats long ago preordained their impeachment ambitions. Any pretext to achieve that end will do just fine. But the speaker’s pronouncement without first learning the essential facts was a stunning admission of partisan bias. All pretense has now been shed. Pelosi and her confederates will do anything to undo the 2016 election results and drive Trump from office.

Nevertheless, facts are stubborn things.  They are critical, if not dispositive, in legal cases.  They are also highly relevant in the inherently political process known as impeachment.

So, let’s examine what we have learned so far, realizing that many more facts have yet to be unspooled in what Trump is now calling the latest version of the interminable “witch hunt.”

The early reporting on the leaked conversation with Zelensky alleged that Trump demanded a “quid pro quo.” That is, Trump allegedly ordered Ukraine to help investigate allegations of corruption involving Joe Biden and his son, Hunter, or the U.S. would withhold hundreds of millions of dollars in aid to Ukraine.  However, the transcript shows no demands or conditions were stated or otherwise discussed.  No promises were contingent on financial assistance.  Did President Trump apply pressure on Zelensky?  There is no evidence of that in their discussion.

Instead, after congratulating the Ukrainian president on his election to office, Trump asked Zelensky to help investigate matters of alleged wrongdoing involving “this whole situation with Ukraine.”  Trump made vague references to Crowdstrike and “the server.”

This appears to be a reference to the origins of the Russia “collusion” investigation and the suspected role of Ukraine, the Democratic National Committee, and the cybersecurity firm that the DNC retained to examine hacked servers. 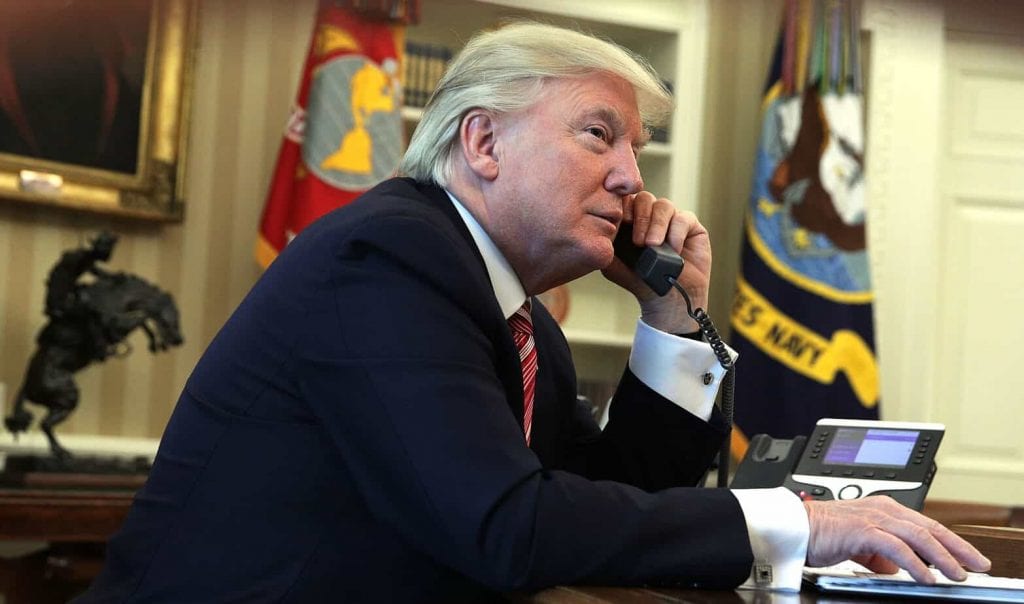 This part of the conversation is cryptic.  But if Ukraine possesses some evidence of corrupt acts involving Democrats or Hillary Clinton surrogates or anyone else, this would logically be something that the U.S. should be made aware of.

The phone conversation between the two leaders then turned to fired Ukrainian prosecutor, Viktor Shokin.  Trump remarked how “Biden went around bragging that he stopped the prosecution so if you can look into it… It sounds horrible to me.”  The videotape of Biden boasting of the “quid pro quo” he engineered is a remarkable lesson in hubris and foolishness.

By way of background, Shokin is on record telling the Washington Post that he was fired in 2015 because he was investigating Hunter Biden and his Ukrainian gas company, Burisma, and that then-Vice President Joe Biden threatened to withhold $1 billion dollars in U.S. aid unless Shokin was sacked:

“I will answer that the activities of Burisma, the involvement of his son, Hunter Biden, and the (prosecutor general’s office) investigators on his tail, are the only, I emphasize, the only motives for organizing my resignation.”

Fast forward to the July 25, 2019 Trump-Zelensky telephone call. Zelensky volunteered that a new investigator would look into the matter. Trump asked Zelensky to speak with Attorney General William Barr and the president’s personal lawyer Rudy Giuliani about it. This was not unreasonable.

Democrats, like Pelosi, claim that the conversation is absolute proof that Trump was asking a foreign government to help him damage his political opponent, Biden, in the upcoming election. But the proof is not absolute at all.

If the president of the United States is made aware of suspected corrupt acts by a public official involving a foreign nation, he has every right to ask that nation to either investigate and/or produce any evidence. Indeed, it is incumbent on him to do so.

One of the president’s fundamental duties is identified in the “take care” clause (or “faithful execution” clause) of the U.S. Constitution. It imposes duty on the chief executive to take care “that the Laws be faithfully executed.” President George Washington observed, “it is my duty to see the Laws executed; to permit them to be trampled upon with impunity would be repugnant to that duty.”

Whether it be immigration laws or finance laws or criminal statutes, the president is duty-bound to enforce all laws. Failure to do so would be a dereliction of his duty, as our first president believed.

Biden does not get immunity simply because he used to be vice president or is currently running for president. Was Biden’s confessed “quid pro quo” pressure on Ukraine a potential crime? More facts and evidence is needed. But using your public office to benefit your son might constitute such corruption crimes as bribery or honest services fraud. On this basis, Trump had every right to ask for evidentiary assistance from a foreign power.

Unlike Biden, who threatened to withhold $1 billion in U.S. taxpayer money from Ukraine, Trump did not explicitly mention the freezing of roughly $400 million from Kiev.

The president has repeatedly stated he put a hold on the funds because he was reticent about giving such an enormous sum of money to a newly elected president who was taking over a government widely known for corruption.

As columnist Marc Thiessen pointed out in the Washington Post, Democratic Senators Robert Menendez, Richard Durban, and Patrick Leahy had been far more overt two months earlier when, in a letter, “they implied that their support for U.S. assistance to Ukraine was at stake” if the nation’s prosecutor general did not capitulate to their own demands over the closing of several investigations connected to the Mueller investigation.  Hypocrisy, of course, is rampant throughout this sordid story.

All of this came to a sudden boil when a complaint was filed recently by a so-far unidentified employee of the intelligence community. Citing the Trump-Zelensky conversation that he or she did not hear or even read in transcript form, the employee nevertheless filed a whistleblower complaint against the president based on nothing more than hearsay.

This means that he or she is not really a “whistleblower” at all under the specific language and meaning of the law, as I argued in my column last week.

This was explained in an 11-page opinion by the Justice Department’s Office of Legal Counsel (OLC) when it issued the follow opinion:

“The president is not a member of the intelligence community, and his communication with a foreign leader involved no intelligence operation or other activity aimed at collecting or analyzing foreign intelligence.”

Under the whistleblower statute, both these conditions are required.  Yet, neither were met.  As a consequence, the complaint “does not trigger a reporting obligation” to Congress by the Director of National Intelligence (DNI).  This DOJ opinion is also shared by the General Counsel in the Office of the DNI.

The OLC opinion made clear that the complaint “does not trigger a reporting obligation” and that the DNI does not have “a statutory obligation to forward the complaint to the intelligence committees.”

Acting DNI Joseph Maguire will appear at a public congressional hearing on Thursday. He will surely reiterate all of the above so that Pelosi, who bragged that she is an “authority” on the law, might understand what the law actually means.

Despite all of this, the speaker and Democrats are determined to pursue their impeachment dreams. Facts and evidence are of little consequence.

In this article:Democrats, Nancy Pelosi, Ukraine