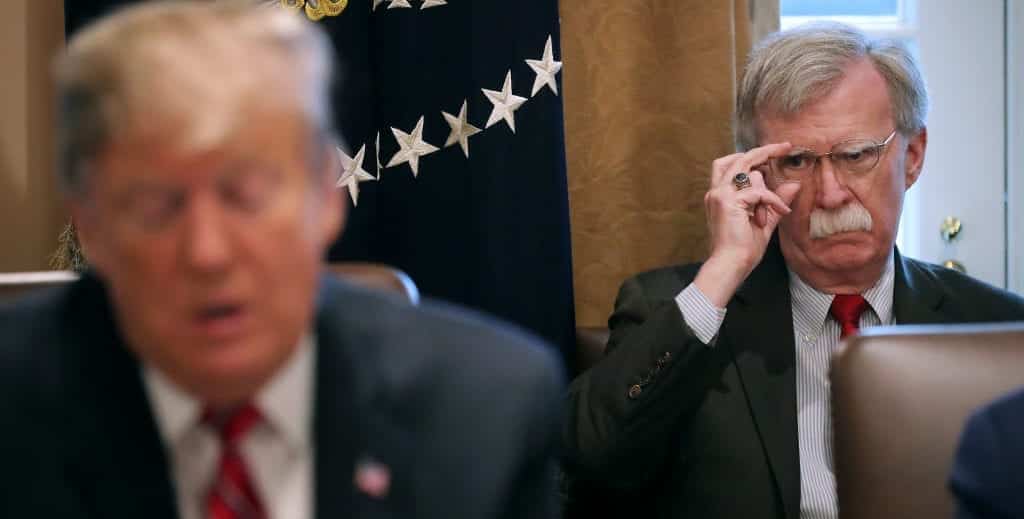 [otw_shortcode_dropcap label=”I” font=”Ultra” background_color_class=”otw-no-background” size=”large” border_color_class=”otw-no-border-color”][/otw_shortcode_dropcap]n the battle of Bolton versus Trump, lines are being drawn. Anti-Trumpers are salivating over the potential gossip they will learn from Bolton’s book, backing their own bias. Others, however, claim Bolton is nothing more than a disgruntled employee who wants some sort of payback at his former boss. Interestingly, a very prevalent figure is fervently disagreeing with Bolton.

Turkish presidential communications director Fahrettin Altun has denounced Bolton’s book, “The Room Where It Happened: A White House Memoir.” In a series of tweets, Altun contends the book is “misleading, one-sided and manipulative” in its accounts of Turkish President Recep Tayyip Erdogan’s conversations with President Donald Trump.

“We find it reprehensible that former high-level officials attempt to use serious diplomatic conversations and efforts to resolve outstanding issues between allies like the U.S. and Turkey for their domestic political agendas,” said Altun.

Bolton’s claim was that Trump “sought to interfere in an investigation into Turkish state-owned bank, Halkbank, in an effort to cut deals with Erdogan” reports the Associated Press. As a result, “Halkbank was charged with evading U.S. sanctions against Iran by processing billions of dollars of Iranian oil revenue. An indictment said the bank illegally moved about $20 billion in Iranian oil and gas revenues, sometimes disguising money movements as purchases of food and medicine,” adds the AP.

Altun responded that Erdogan “clearly outlines Turkey’s priorities and advocates for them vigorously” which includes the Halkbank issue. Although Altun declares Bolton was driven by political considerations and personal gain, “We are confident that the US-Turkey relationship will survive such efforts and even thrive at the end. President Erdogan will continue his frank, honest, and straightforward conversations with U.S. President Donald Trump.”

In this article:John Bolton, Turkey