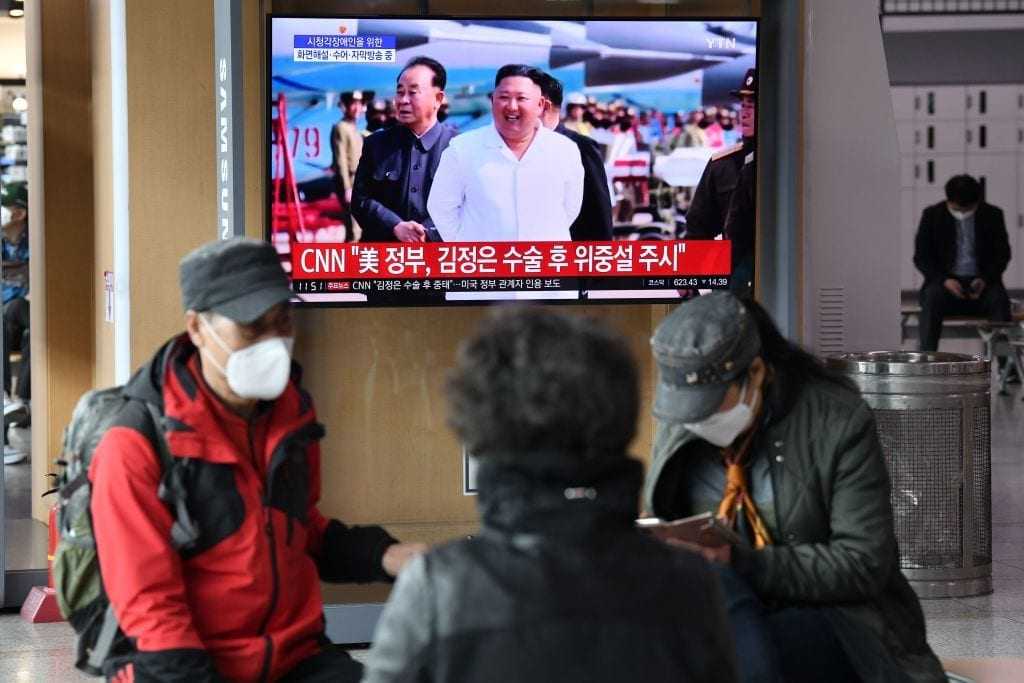 [otw_shortcode_dropcap label=”C” font=”Ultra” background_color_class=”otw-no-background” size=”large” border_color_class=”otw-no-border-color”][/otw_shortcode_dropcap]hinese Wuhan virus whistleblowers are not the only ones that have mysteriously disappeared from the public. North Korea’s Kim Jong Un was last seen in public April 11th and had been receiving treatment after undergoing surgery on April 12th. According to Daily NK, an online South Korean newspaper, Kim received a cardiovascular procedure on the 12thbecause of “excessive smoking, obesity, and overwork.”

As an indication that Un’s health is in poor condition, the media has pointed to the fact that Kim Jon Un did not show up to festivities for North Korea’s most important holiday on April 15, the “Day of the Sun.” The holiday celebrates the birthday of the country’s “founding father” Kim II Sung, Un’s grandfather. CNN notes that when Kim Jong II’s absence from the parade celebrating North Korea’s 60thanniversary in 2008, “it was later revealed he had a stroke, after which his health continued to decline until his death in 2011.”

I’ve deleted that last tweet out of an abundance of caution. Waiting on more info. Apologies.

NBC’s Katy Tur caught everyone’s attention when she tweeted “North Korean leader Kim Jong Un is brain dead, according to two US officials. He recently had cardiac surgery and slipped into a coma, according to one US current and one former US official.” Only two hours later, Tur tweeted again saying, “I’ve deleted that last tweet out of an abundance of caution. Waiting on more info. Apologies.” Nonetheless, rumors of a coma resulting in being brain dead are quite specific.

As for the United States, the “government has extensive contingency plans in place for an eventual death of North Korean leader Kim Jong Un that factor in expectations of a mass-scale humanitarian crisis inside the country” reported Fox News. Fox News learned from a defense intelligence source there is the “likelihood of a huge humanitarian crisis within North Korea that could include millions of people facing starvation and a mass exodus of North Korean refugees into China.”