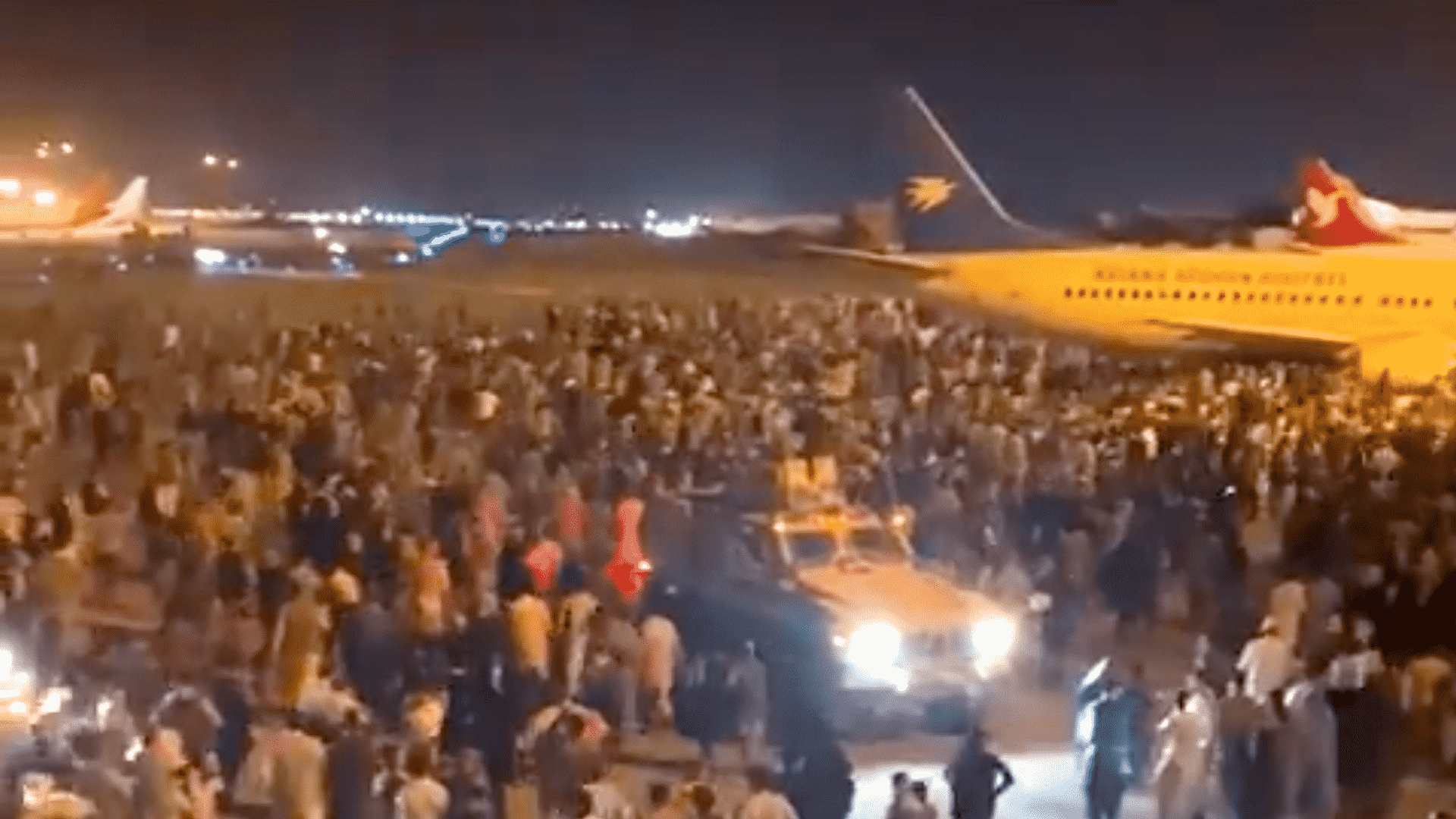 As chaos continues at the Kabul airport while diplomats and citizens attempt to flee the country, American soldiers “have been shot at and were forced to return fire, killing two, said Pentagon spokesman John Kirby on Monday.”

The Epoch Times and Associated Press report, “two ‘armed individuals’ were shot and killed in separate incidents at the airport, said Kirby to reporters, coming as thousands of people crowd around the facility to try and flee Afghanistan after the Taliban took over the country and declared victory on Sunday. About 2,500 troops are currently at the airport, Kirby said.”

Dozens of Images and videos are emerging online of Afghan citizens attempting to cling to U.S. military planes that were performing evacuations. Some footage uploaded showed the horrifying scene of at least two individuals falling hundreds of feet from the military planes to their deaths as they attempted to cling onto their lives.

“As of Monday, American forces were working with Turkish and other international troops to clear the Kabul airport to allow international evacuation flights to continue, said Kirby to reporters. Defense Secretary Lloyd Austin, he added, authorized the deployment of another battalion to the airport.”

“Western-trained security forces collapsed or fled, ahead of the planned withdrawal of the last American troops at the end of the month” reports the Epoch Times.

Thousands of citizens rushed Kabul’s international airport, where the “civilian side” was closed until further notice. “The U.S. military and other Western forces continued to organize evacuations.”