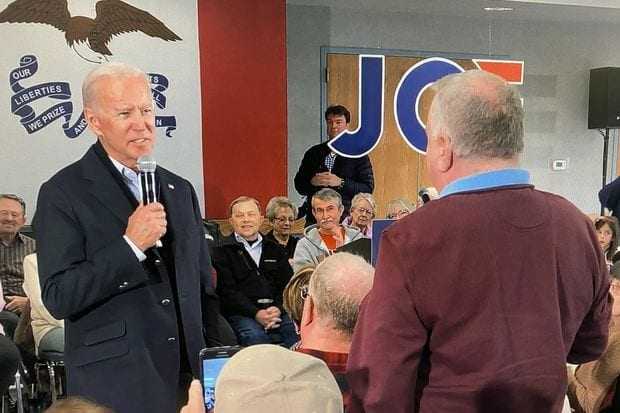 Vice President Joe Biden did something worse than describing how he had children play with his “hairy legs” during a campaign stop; he managed to call a voter a “liar,” “fat,” and stated that the individual was “too old to vote for [him].”

The gentleman went to an event and asked Vice President Biden a question about his son Hunter’s questionable business dealings in Ukraine. As you can see below, the Vice President did not handle the question well.

The Vice President also told the man “if you wanna check out my shape, let’s do push-ups together, man, let’s run, let’s do whatever you want to do,” which many people are calling fat shaming.

Two other videos of Vice President Biden also showed him telling a group of children that they were in Ohio when they were actually in Iowa and telling a crowd that he was Barack Obama’s Vice President in 1976 (before correcting himself and saying it was 2014).

In this article:Iowa, Joe Biden, news2