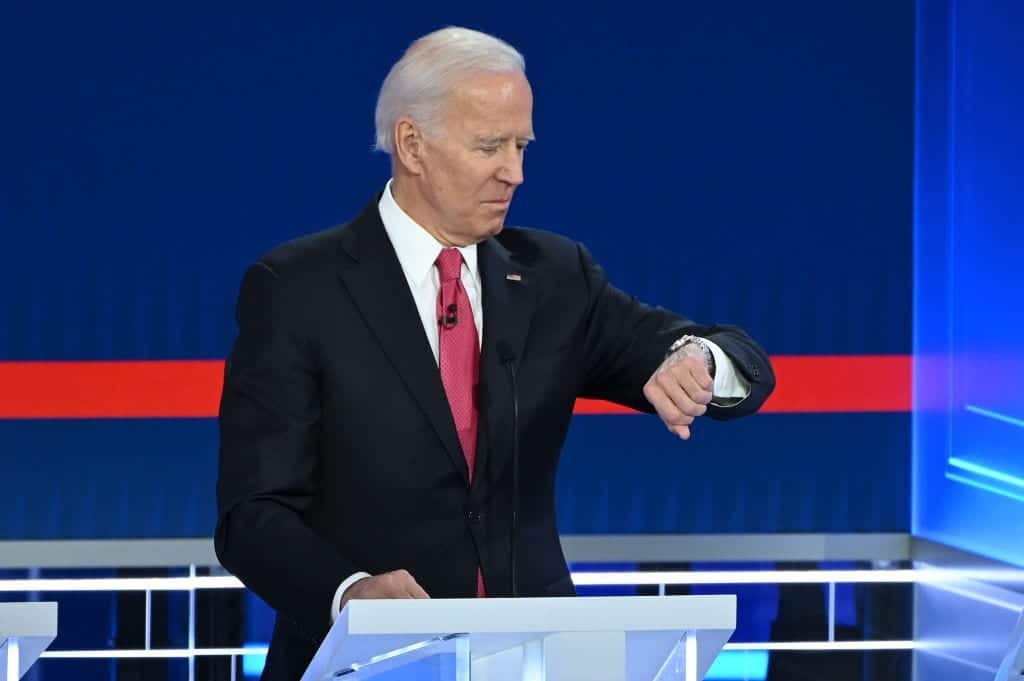 Quid Pro Joe’s campaign accidentally sent out a fundraising email celebrating his performance at Wednesday’s Democratic debate – hours before the event had even begun.

The message is clearly worded to be sent after the debate’s conclusion.

“I’m leaving the fifth Democratic debate now,” the email begins. “I hope I made you proud out there and I hope I made it clear to the world why our campaign is so important.”

The message was sent out to Biden supporters several minutes after 3 p.m. ET, nearly six hours prior to the start time.

A little more than an hour later, the campaign sent a follow-up email with the subject line “oops.”

“You might have just gotten an email from Joe about just getting off of the debate stage. That’s our bad, team,” the second email said. “We know Joe is going to make us proud tonight. We were just so excited for it that we accidentally hit send too soon.”