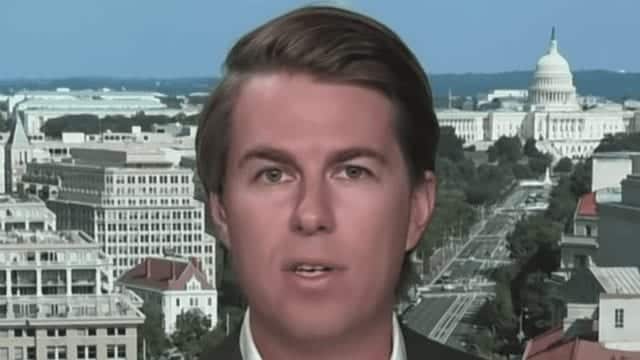 After two years of hiding in the shadows, the author of an anonymous 2018 New York Times op-ed claiming to be an undercover agent of “The Resistance” against President Trump has finally unmasked himself.

Miles Taylor, a former staffer in the Department of Homeland Security, revealed his identity in a statement on Twitter Wednesday afternoon.

“More than two years ago, I published an anonymous opinion piece in the New York Times about Donald Trump’s perilous presidency while I was serving under him,” Taylor wrote in a statement Wednesday. He continued to claim authorship of “A Warning,” an anonymous Trump resistance book published last year, according to The Federalist.

Taylor, who joined CNN as a paid contributor in September, previously denied he was “Anonymous” in an interview with CNN’s Anderson Cooper.

“I wear a mask for two things, Anderson: Halloween and pandemics. So, no,” he said.

The network has claimed it was unaware that Taylor was behind these particular anonymous writings and has not said whether Taylro will continue his role as a contributor following the reveal, The Federalist reports.

“This low-level, disgruntled former staffer is a liar and a coward who chose anonymity over action and leaking over leading,” she said.

“He was ineffective and incompetent during his time as DHS Chief of Staff which is why he was promptly fired after only serving in this role for a matter of weeks. It is appalling a low-ranking official would be granted anonymity and it is clear the New York Times is doing the bidding of Never-Trumpers and Democrats.”

“This is the least impressive, lamest political ‘reveal’ of all time. I worked with DHS officials while I was in the White House, and even I had to research who Miles Taylor was.”

This is the least impressive, lamest political "reveal" of all time. pic.twitter.com/sEbMA17xYT

Even President Trump spoke out on the reveal, saying he’d never even heard of Taylor.

“Who is Miles Taylor? Said he was “anonymous,” but I don’t know him – never even heard of him. Just another @nytimes SCAM – he worked in conjunction with them. Alo worked for Big Tech’s @Google. Now works for Fake news @CNN. They should fire, shame, and punish everybody associated with this FRAUD on the American people!”

While working as a contributor at CNN, Taylor’s LinkedIn profile says he’s also on leave from Google, where he works as US Lead for Advanced Technology and Security Strategy, according to the New York Post.

For the last two years, we have been left to wonder who “Anonymous” is.

And as rumors swirled around Washington, several of Trump’s officials had to come forward and deny writing the hit piece, including Vice President Mike Pence, Secretary of State Mike Pompeo and former UN Ambassador Nikki Haley.

Since the unmasking, the New York Times has received explosive backlash on Twitter for granting Taylor anonymity.

The NYT answered a bunch of written questions about why they decided to publish the op-ed, and defended the use of "senior administration official."

I also didn’t realize the definition of “senior administration official” could be *this* expansive. Wasn’t even an agency chief of staff at the time the op-ed ran.

This is really… something.

– He was hired by CNN not long after

Amidst the reveal, it remains unclear why the New York Times granted a DHS staffer anonymity and described him as a “senior administration official,” ultimately creating a false perception that Taylor was more important and connected than he really was.