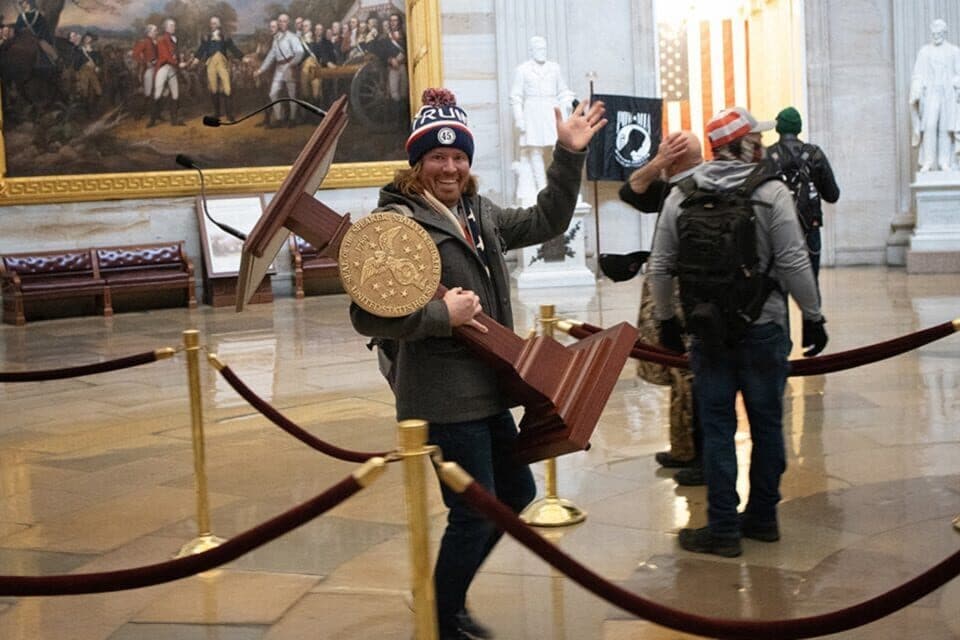 Adam Johnson carries the lectern of U.S. Speaker of the House Nancy Pelosi through the Rotunda of the U.S. Capitol Building

Adam Christian Johnson, 36, was picked up by Pinellas County deputies Friday night on a federal warrant, according to an agency report, and he was being held pending trial.

The Justice Department stated that Johnson was charged with “one count of knowingly entering or remaining in any restricted building or grounds without lawful authority; one count of theft of government property; and one count of violent entry and disorderly conduct on Capitol grounds.” 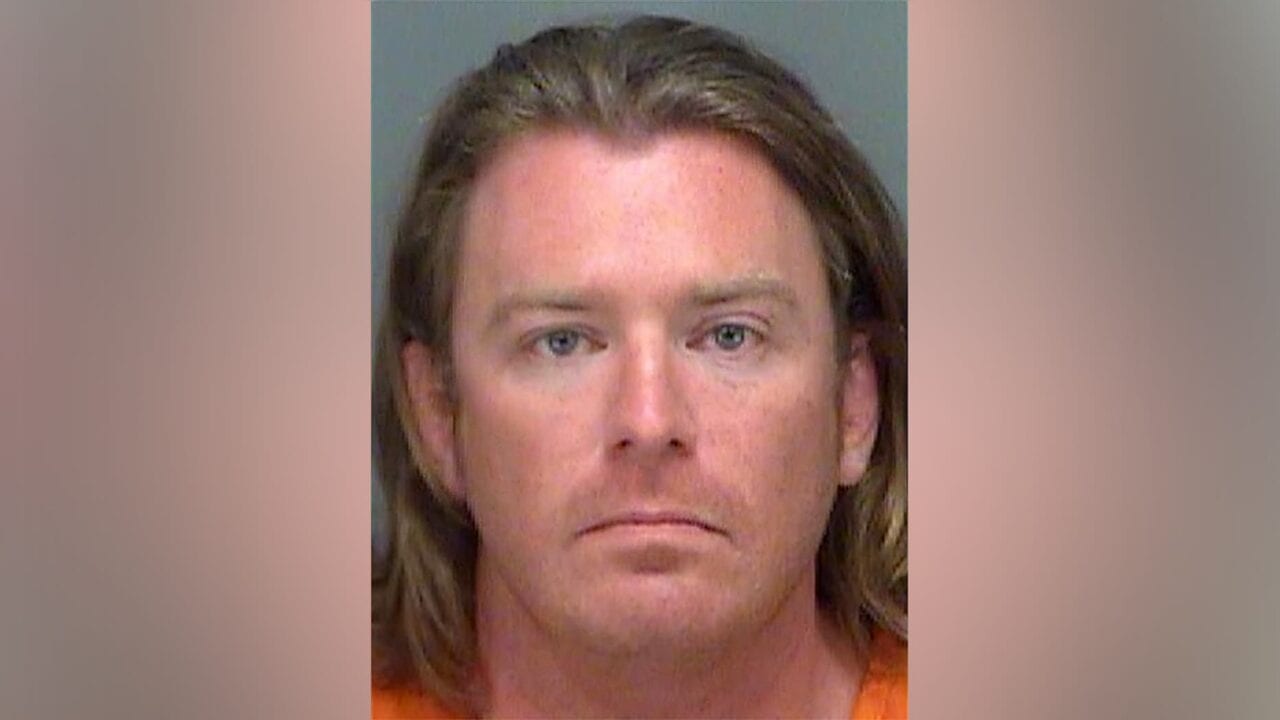 “It is alleged that on Jan. 6, 2021, Johnson illegally entered the United States Capitol and removed the Speaker of the House’s lectern from where it had been stored on the House side of the Capitol building,” the statement reads. “A search of open sources led law enforcement to Johnson, who is allegedly seen in a widely circulated photo inside the Capitol carrying the lectern.”

So far, at least 82 people have been arrested so far in connection with the riot.

The FBI is actively searching for any information related to individuals who participated in the Capitol riot. The bureau released 40 photos of people accused of breaking into the Capitol and is asking the public asked for its help in identifying them.