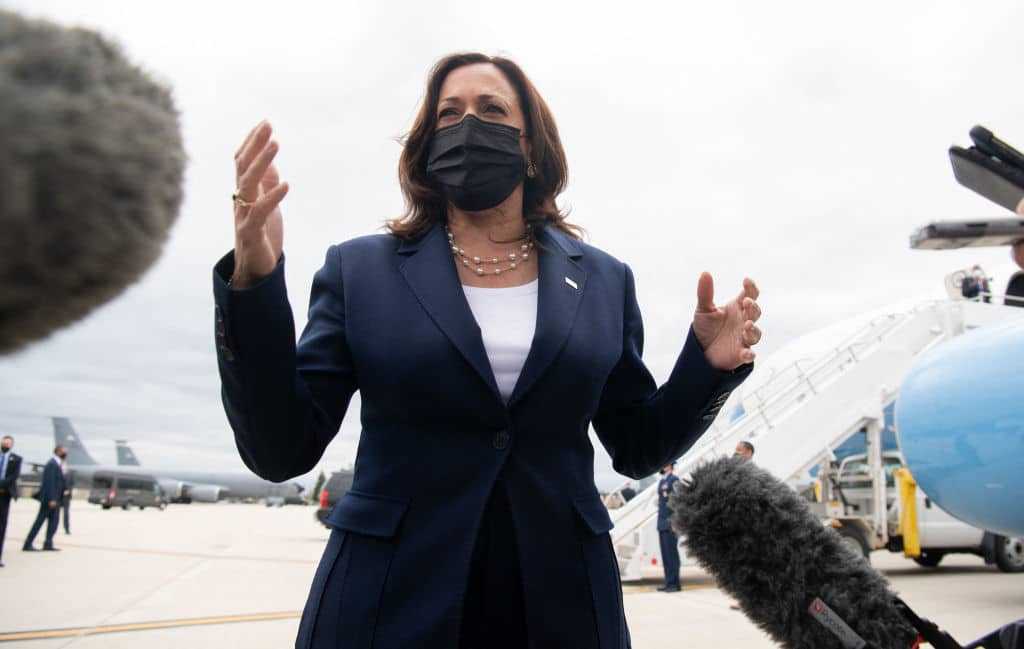 President Biden and vice president Kamala Harris prefer not to mention and pretend the border crisis does not exist, unless of course when referring to the Trump-era, in which case it is indeed a crisis. If it wasn’t already confusing enough to follow, it just got worse, as VP Harris has brought climate change into the fold.

On Tuesday, Harris stated a lack of “climate adaptation and climate resilience” in Northern Triangle countries was one of the root causes of migrants flooding the U.S. border. Fox News reports that Harris has gone 41 days without a press conference on the border since being named head of a task force to lead a diplomatic effort with Mexico and Central America.

Republicans and border security agents as well as local law enforcement and legislators of border states have said Biden’s ending of Trump-era border protections has led to the historic surge in migrants attempting to cross the border.

Specific Trump-era implementations that helped contain the crisis include the construction of the border wall and the Migrant Protection Protocols (MPP). Harris and the White House, however, have other scenarios to blame instead of their own actions.

In a speech Tuesday to the Washington Conference on the Americas, Harris distinguished “acute causes” including drought, food insecurity and COVID-19, from “long-standing” root causes. “I’m thinking of corruption, violence and poverty, and the lack of economic opportunity, the lack of climate adaptation and climate resilience, the lack of good governance,” said Harris.

Huh? While she didn’t go into details at the time, Fox News reports “she later spoke of delivering food, shelter and water to the people of Honduras, and, in Guatemala, working with farmers to plant drought-resistant crops and help women farmers increase their crops.”