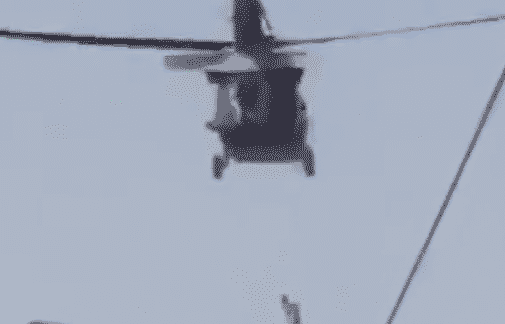 Reports estimate that the United States left a whopping $85 billion worth of military equipment in Afghanistan when the Biden administration abandoned American citizens and its allies. The equipment, essentially a “gift” to the Taliban from Joe Biden, is reported to include more Black Hawk helicopters than 85 percent of the world.

A newly released video tweeted from the Talib Times included the caption, “Our Air Force! At this time, the Islamic Emirate’s air force helicopters are flying over Kandahar city and patrolling the city.” The Twitter account @TalibTimes claims to be the “official news” account for the Islamic Emirate Afghanistan.

The unverified footage allegedly shows the Taliban’s gruesome use of the choppers, partaking in public “hangings” above the city for all to see. “The Taliban is seemingly parading their new air force in the skies over Afghanistan, with video online purporting to show US-made Black Hawk helicopters flying over the streets of Kandahar” reports the UK Independent.

In the video, a man is hanging from a UH-60 Black Hawk. A few days earlier, “another video showed Taliban seemingly ‘test driving’ the captured Blackhawk helicopters over the ground at Kandahar Airport, in southeastern Afghanistan. That 60-second video described the chopper as being captured by Afghan security forces.”

Despite all the devastating information and video footage flooding out of Afghanistan, White House national security adviser Jake Sullivan has said the US doesn’t have a “complete picture” of the defense materials that had fallen into the hands of the Taliban.

At a press conference, Sullivan deflected blame stating, “those Black Hawks were not given to the Taliban. They were given to the Afghan National Security Forces to be able to defend themselves at the specific request of President [Ashraf] Ghani, who came to the Oval Office and asked for additional air capability, among other things.”

In this article:Afghanistan, Blackhawk, Kandahar