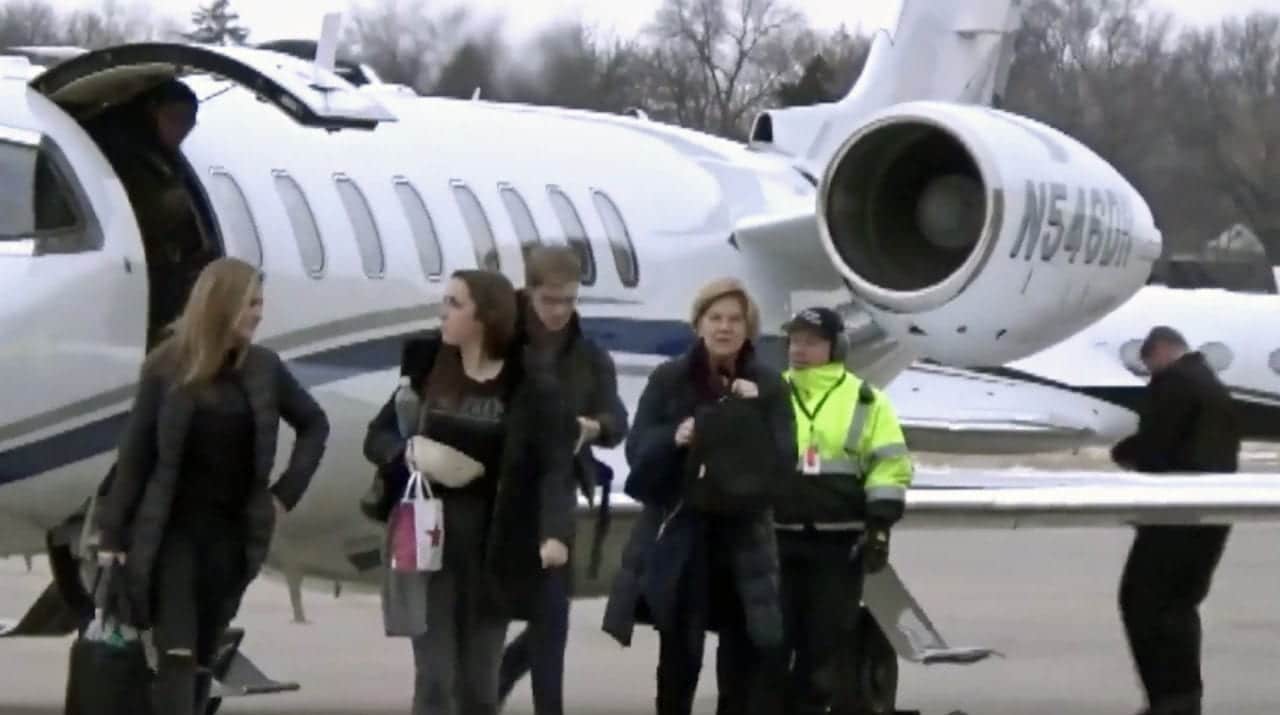 Sen. Elizabeth Warren likes to brag a lot about how many selfies she has taken with supporters, yet it seems like she finally met a camera that she did not want to be captured by. As Warren and some of her staff got off a private jet in Iowa, it appears that she noticed a camera taking a video of her and attempted to hide behind one of her staff members.

With Sen. Sanders, Sen. Warren, Tom Steyer, and other Democratic hopefuls all supporting the New Green Deal, it seems a bit hypocritical that they would put their own self-interest of becoming the Democratic nominee for president over the well being of the global environment. If Warren wants to be true to herself and her personality, she should continue to do live streams or awkward conversations from the private jets that she is taking.

Still, some may say that private travel is okay, as her campaign has pledged to offset their carbon emissions. However, for the Warren and Sanders campaign, using a gimmick that only can be used by the top 1% to offset what they portray as unneeded luxuries just opens the door to an entire world of hypocrisy.