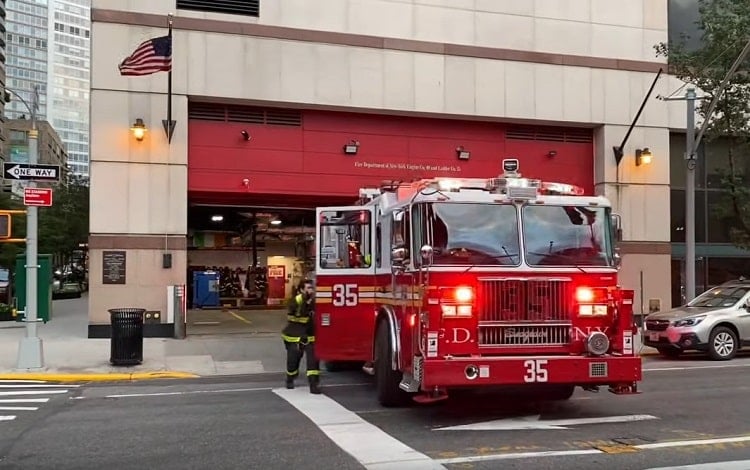 The warnings about the mayhem that would unravel in New York City due to vaccine mandates is coming to fruition. 26 FDNY fire stations were forced to shut down on Saturday as a direct result of the mandates going into effect. Many personnel has stated they have already had coronavirus and therefore have “natural immunity” which makes them not personally feel the need for a vaccine.

All city employees who are not vaccinated by Monday’s deadline will be placed on unpaid leave, which will not only affect fire departments but EMS and law enforcement as well as “thousands of personnel remain unvaccinated” reports BizPacReview.

Republican U.S. Representative Nicole Malliotakis who represents parts of Staten Island and Brooklyn is blaming Democratic Mayor Bill de Blasio for the five firehouses that have closed in her district alone.

“If someone dies due to slower emergency response, it’s on Bill de Blasio and his overreaching mandates. I hope this fool fixes it ASAP!” she tweeted along with a video highlighting one of the closed fire stations in Brooklyn.

“A spokesman for the FDNY, Jim Long, assured reporters that the closures are not permanent and instead described the affected companies as being ‘temporarily out of service.’ He also described the situation as ‘fluid’ because the department is shifting personnel and units to locations they are needed” reports BizPacReview.

Long told reporters “the situation remains fluid. We hire manpower to get the company back in service or relocate other units to the area for coverage.” Saturday afternoon, FDNY officials could not give exact numbers of station closings that had gone into effect by 7:30 am that morning. NYPD’s Emergency Service Unit asked for volunteer fire personnel from upstate New York and Long Island to help backfill positions within the FDNY, an email obtained by The Post noted.

One retired man who lives across the street from one of the shutdown Dyker Heights stations, Vinny Agro, 63, told The Post “we’re f**ked. We are going to toast like marshmallows. It’s another sad day for New York City.”