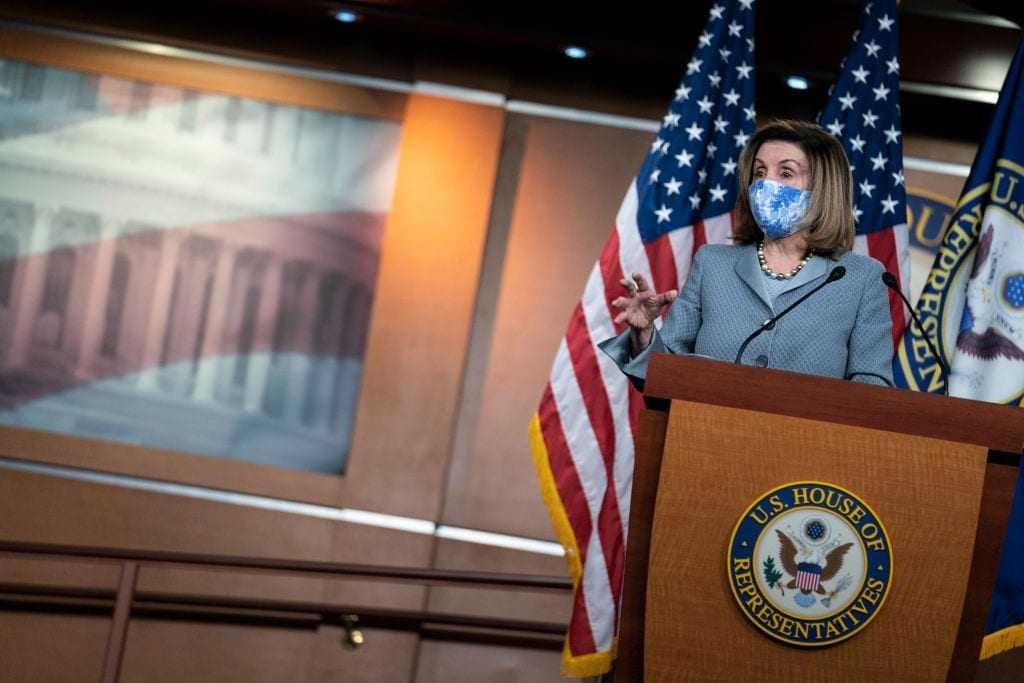 House Speaker Nancy Pelosi has rallied her troops and is ready for whatever may happen on Election Day.

In an interview Monday, Pelosi said that the Democratic-led House of Representatives will be ready to decide the winner of the presidential election if the outcome is undecided by January 6.

In the event of disputed – or undecided – results, the party with a majority of members in each state will determine the state using a single vote, a rare scenario that hasn’t happened since 1876, Politico reports.

Specifically, in the event of a tie in the electoral College, the newly elected House of Representatives would hold a vote, ultimately deciding the next president.

And, boy is Pelosi ready for this once-in-a-lifetime opportunity.

“We understand what the law is and the preeminence of the role of Congress and specifically the House of Representatives when it comes to counting votes,” she told NPR. “But let’s not worry about that right now.

“We’re ready. We’re prepared,” she said. “We’ve been ready for a while because we see this irresponsibility of the president, his disrespect for the Constitution, for our democracy and for the integrity of our elections. So we’re ready for him,” she said.

But, the House vote could be brutal because it may not come down to the party that controls the House overall, according to Politico.

Instead, it may be decided by the party that controls more state delegations in the chamber.

And right now, Republicans have 26 and Democrats have 22.

“But let’s not worry about that right now,” Pelosi said. “What we want to be ready is for a big vote tomorrow to dispel any thought other than that, on January 20, Joe Biden will be inaugurated president of the United States, that we will have a Democratic House and a Democratic Senate.”

What a nightmare that would be.

Both sides of the aisle have suggested the possibility that the other side would contest the election outcome, and each side has reportedly built up funding to spend on potential lawsuits, according to Fox News.

In a letter to House Democrats, Pelosi warned them to consider whether the House may decide the president when determining where to focus resources on winning seats in November.

“The Constitution says that a candidate must receive a majority of the state delegations to win,” she wrote. “We must achieve that majority of delegations or keep the Republicans from doing so.”

In this article:Election, House of Representatives, Nancy Pelosi, news3