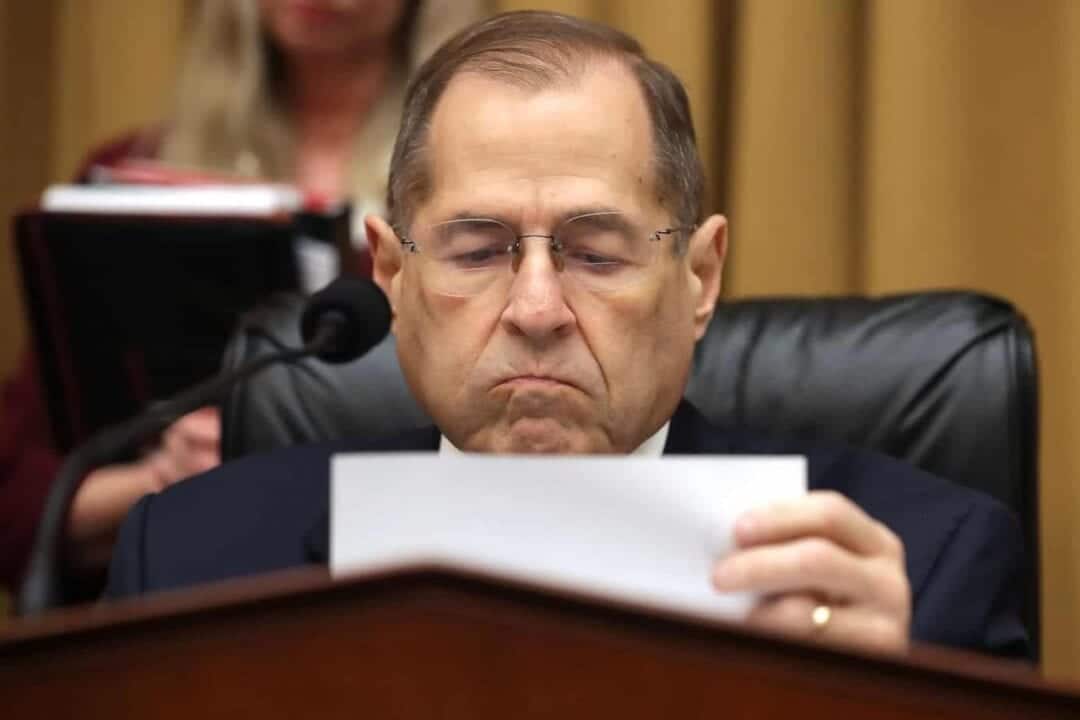 [otw_shortcode_dropcap label=”H” font=”Ultra” background_color_class=”otw-no-background” size=”large” border_color_class=”otw-no-border-color”][/otw_shortcode_dropcap]ouse Democrats are experiencing one heck of an identity crisis. Democratic Representative Jerry Nadler (D-NY) is issuing subpoenas because of “politicization.” The Democratic party has acted on nothing if not politicization every second since the beginning of the Russia probe.

But alas, that will not stop Nadler, who is chairman of the House Judiciary Committee to issue “two subpoenas for Justice Department whistleblowers as part of the committee’s investigation into the alleged politicization of the agency under the Trump administration and Attorney General William Barr,” reported Just The News.

An investigation into politicization? Isn’t that rich. In a statement regarding the subpoenas, Nadler wrote:

“Again and again, Attorney General Barr has demonstrated that he will cater to President Trump’s private political interests, at the expense of the American people and the rule of law. He has abruptly reversed course on prosecutions against the President’s allies and friends. He has pursued pretextual investigations against the President’s perceived political enemies. He has failed to defend the Affordable Care Act, and he has helped to roll back important civil rights protections…

The Attorney General – who cites his busy schedule as a basis for refusing to appear before the House Judiciary Committee but has made time for multiple television interviews – may have abdicated his responsibility to Congress, but the brave men and women of our civil service have not.”

Talk about empty arguments. Nadler whines about “Affordable Care Act” and “civil rights protections” of course leaving out that Trump has improvedthem. Nadler sounds like a toddler complaining to his parents that Trump and Barr won’t play with him on the playground at recess. Perhaps Nadler is upset at Barr because Barr is leading an actualinvestigation into the origins of actualpoliticization by Democrats in the Russia probe?