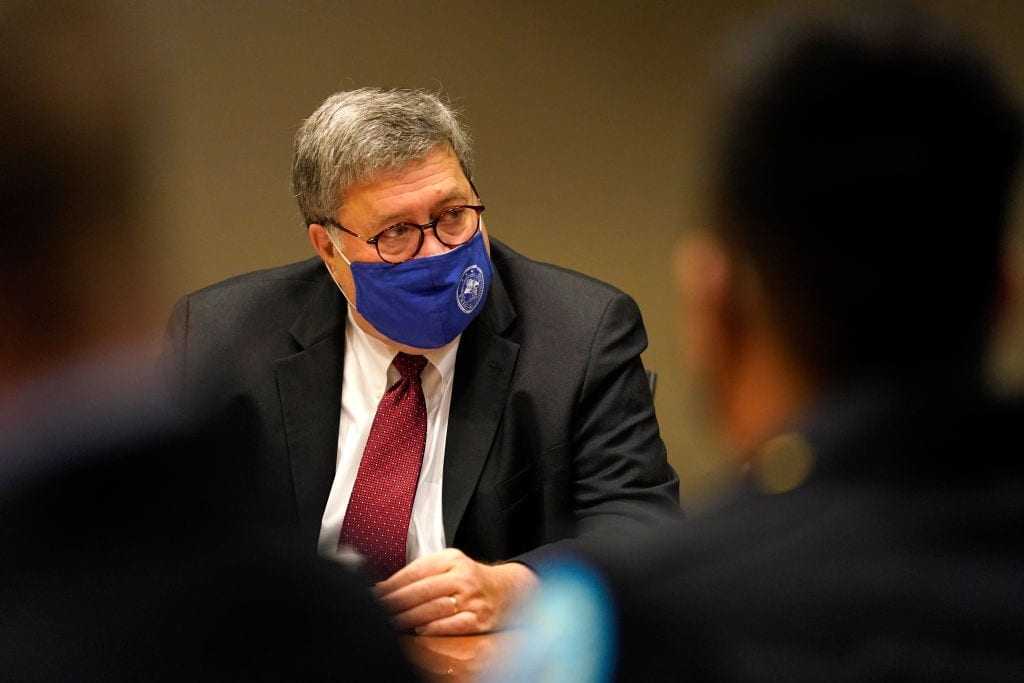 But, they seem to be forgetting that it’s not over just yet.

Nearly 40 House Republicans are pressing Attorney General William Barr and the Justice Department to ensure the integrity of vote counting and the election as a whole.

In a letter to the attorney general, 38 lawmakers expressed that while states are in charge of their own voting procedures, the federal government has a role in ensuring the process is fair, free and undeniably honest.

“While each state runs its own election process, the United States Department of Justice is ultimately responsible for the integrity of federal elections,” the letter begins. “The American people must have the utmost confidence that the outcome of the presidential election is legitimate.”

The letter continues to note reports of “voting irregularities,” which they urge the Justice Department to investigate.

“With widespread reports of irregularities, particularly in the vote counting process, it is time for you to use the resources of the Department to ensure that the process is conducted in a manner that is fully consistent with state and federal law,” the letter reads. “And, it is also important that the process be completely transparent, so that the American people will have full confidence in the result.”

The lawmakers cite the DOJ’s Civil Rights Division Voting Section, whose “responsibility is to ensure that the right to vote is sacred.”

“This not only means access to the ballot box, but it also means ensuring that no one’s vote is devalued by any means of voter fraud,” the letter says.

Perhaps one of the most frustrating aspects of the 2020 election were the reports that some GOP poll watchers have been completely prohibited from participating – or simply viewing – the vote-counting process.

“The U.S. Marshals Service is also available to ensure that judicial orders are carried out. When it comes to a federal election, it should not matter whether those judicial orders come from a state or federal court,” they wrote.

“For example, if a state court orders that observers can watch ballot counting in a federal election, no local election official should be able to defy that order.”

The letter concludes with critical questions that not only GOP lawmakers, but the American people, crave answers to.

“With that in mind, we request an immediate response to the following questions. What are you doing to ensure the integrity of the voting and counting process right now? Will you commit to using all the resources at your disposal to ensure that only legal votes are being counted and being counted in a fully transparent manner immediately?”

The letter comes amid the Trump campaign’s preparation for even more legal challenges in several battleground states that have reported voting irregularities and violation of state voting laws.

“The American people need to have confidence that the outcome of this election is legitimate!!,” he added.

I’ve joined 38 of my colleagues in writing a letter to AG Bill Barr requesting he investigate claims of voter fraud and make sure only all legal votes are counted in this election.

The American people need to have confidence that the outcome of this election is legitimate!! pic.twitter.com/lXHYCU7FFC