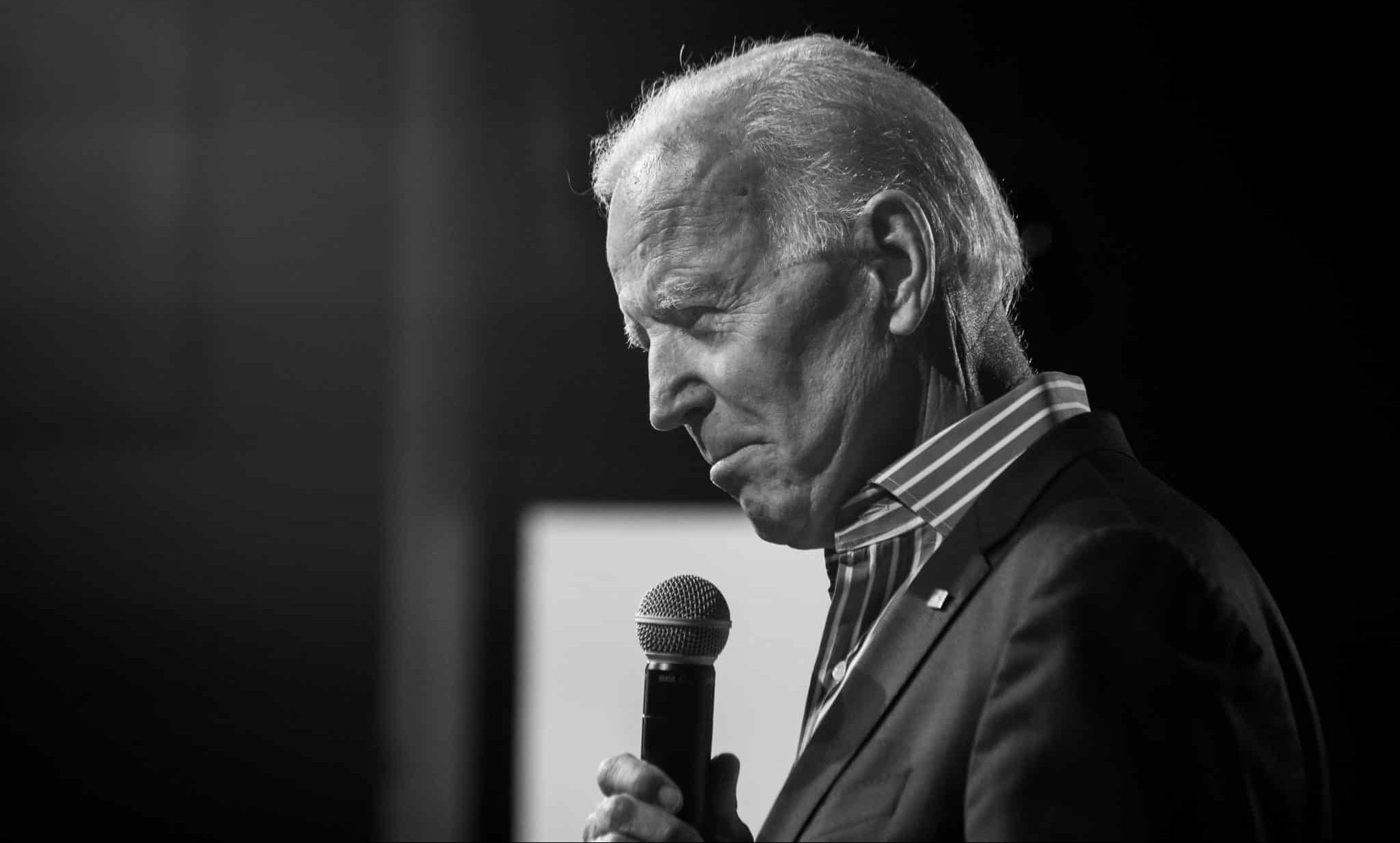 When the mainstream media puts down their pom poms and stops cheering for you, it’s pretty obvious you’ve fumbled and failed.  That’s what has happened to Joe Biden, the overrated political quarterback who thought he had the skills to lead the nation.

For much of his first year as president, the liberal press cheered Joe on with shouts of “Let’s go, you can do it!”  When he didn’t do it, they conjured up another cheer.  Over and over again.

Watching Biden fail was like watching the clumsy football player who continues to trip over his own feet and fall flat on his face.   Eventually, the media became deflated.  They lost their enthusiasm.  The cheering stopped.  They could hear the cacophony of boos coming from the stands.  And pretty soon, they joined in.

NBC’s Chuck Todd opened his Sunday “Meet the Press” show finally conceding the obvious: President Joe Biden is “no longer seen as competent and effective.”  Good call, Chuck.  Citing Biden’s miserable approval rating, Todd added that Joe is “no longer seen as a good commander-in-chief, or perhaps most damaging, as easy-going and likable.”

A scant 5% say Biden has performed better than expected.  Which means that no sane person is buying Joe’s malarky that he has “outperformed what anybody thought would happen.”  When he said it during his dumpster-fire news conference, you could almost hear the snickering among the gathered press corps.

Biden has always been delusional about his own abilities.  People who are not bright tend to be that way.  But Joe’s diminished mental acuity —on full display during his recent news conference— only accentuates the belief that Biden is an inept failure.  No amount of cheerleading can save his doomed presidency.  Gallup reports that his ratings have tanked by double digits.  Just 28% want him to run for reelection, according to an AP poll.

Why such embarrassing numbers across the board?  Because in one short year Joe has made a hash of everything and failed to deliver on his many promises.  A Politico poll shows that half of Americans give Biden’s presidency a grade of “D” or “F.”  Even members of his own party give him poor marks.  And 70% of independent voters graded him as average, below average, or failing.  Joe was always a lousy student, so at least that’s consistent.

The president’s dwindling supporters claim that his problem is “messaging,” not his sweeping agenda.  The truth is…it’s both.  Anyone with a pulse knows it.  His ideas are bad and people don’t like them.  Except for the radical progressives, but they are way outside the American mainstream.

As for his “messaging,” it’s hard to convince people of anything when you’re an abysmal communicator.  Use whatever metaphor you want, but Joe’s rambling 2-hour press conference was an epic disaster.  Saturday Night Live joked that Biden needed two hours “because that’s how long it took to list everything that’s gone wrong.”

The new conference itself was an exceedingly rare event.  Abandoning his usual scripted teleprompter, Joe was hoping to paint himself as a competent leader.  He accomplished just the opposite.  His cognitive decline was on full display.  The long pauses with his eyes closed made you wonder if he’d nodded off in the standing position.  Trying to make sense of what he said was a constant challenge.  He often lost his train of thought, jumbled his sentences, and wandered from one disjointed subject to another.  He was like the Dick Tracy character called “Mumbles.”

Van Jones, the liberal CNN commentator who famously cried on-air while celebrating the moment Joe won the presidency, now has a different view.  He described Biden as “foggy and meandering.”  Jones even compared him to Ronald Reagan, who may have suffered from the early stages of Alzheimers late in his presidency.

Citing a poll where half of registered voters have doubts about Biden’s mental fitness, a reporter asked the 79-year old president about that.  He brushed the question aside by saying, “I have no idea,” and quickly moved on.  It was one of his few lucid moments.

When Biden ran for president, he bragged incessantly about his vast experience in foreign affairs.  Now, with a force of more than 125,000 Russian troops amassed at the Ukrainian border, Biden all but invited Vladimir Putin to invade.  Joe seemed to say that that a “minor incursion” would be perfectly okay, sparking widespread outrage.  There was an immediate “clean-up on aisle 3” by White House flacks.  They corrected Biden without actually admitting that he’d temporarily lost his mind.  But the damage was done.

After Biden’s Afghanistan debacle, is it any wonder that Putin is emboldened, and both Russia and China view Joe as weak and feckless?  Biden’s incompetence is just plain dangerous.  Beijing must be thinking, “invading Taiwan is now a ‘minor incursion,’ right?  Maybe we should do it!”  China has certainly been threatening to do so.  Now, they’ve got the green light from old Joe.

That wasn’t the only time that Biden mangled things during his mind-boggling news conference.  He questioned the integrity of the upcoming mid-term elections by saying, “I’m not going to say it’s going to be legit.”  Press secretary Jen Psaki had to fix it by saying that her boss “absolutely is not predicting that the 2022 elections would be illegitimate.”  Which is it?  Somebody’s lying.  Or demented.

Biden has only himself to blame for his chronic failures and flagging public support.  He’s always been known for having a volatile temper and a short fuse.  But his growing frustration has only made it shorter.  During a choreographed presentation on inflation this week that lasted all of 8 minutes, White House correspondents were shooed out of the room.  Fox’s Peter Doocy asked a perfectly legitimate question about inflation as he was heading out the door.  Biden responded by saying, “What a stupid son of a bitch.”

Days earlier, Biden lashed out at another Fox correspondent, Jacqui Heinrich, who asked him a substantive and important question about whether he might consider applying financial sanctions against Russia now over its threats against Ukraine and its troop buildup at the border.  Joe responded with the words, “What a stupid question.”  It wasn’t stupid at all.  It was a solid question.  Since then, many on Capitol Hill and others in the media have been asking the exact same question.

Doocy and Heinrich were doing their jobs —asking tough questions of the commander in chief.  For that, Biden insulted them with profane language.  Oh, but wait…didn’t Joe proclaim that he would never tolerate such a thing?

That’s right.  On the very day he took office, Biden threatened to fire anyone on his staff who did not treat colleagues and members of the press with dignity and respect.  Here’s a quick trip down memory lane —January 20th of last year— when Biden sternly warned:  “I’m not joking when I say this.  If you’re ever working with me and I hear you treat another colleague with disrespect or talk down to someone, I promise you, I will fire you on the spot — on the spot. No ifs, ands or buts.  Everybody is entitled to be treated with decency and dignity.”

So, in keeping with his vow, is Joe going to fire himself “on the spot?”  Of course not.  He probably can’t remember making that promise.  And in Washington, after all, promises are made to be broken.

By the way, it’s no excuse to say, “Well, Trump insulted reporters all the time.”  No, Biden promised to be different than Trump.  Joe vowed to restore decency to the national conversation.  But I doubt he remembers that, either.

Americans have turned against Biden because he has failed to solve the problems that plague the country each and every day: crime, inflation, energy prices, the pandemic, and border security.  His ridiculous $5 trillion socialist spending lollapalooza cratered.  His federal takeover of nationwide elections crashed and burned.  His bid to dissolve the filibuster was defeated.  The Supreme Court overturned his business vaccine mandate as an unconstitutional power grab.  Another federal court rejected his federal worker mandate.  You name it…Joe Biden has failed.  His presidency is destitute.

Scratch that.  He has managed to accomplish one thing.  As an astute commentator observed, “Biden promised to unify the country…and he has.  Against him.”

Joining us now…is Eric Eggers, vice president of the Government Accountability Institute and co-host of The Drill Down Podcast.  He’s the Author of Fraud: How the Left Plans to Steal the Next Election, published in August of 2018.  He is also the producer of the documentary, The Creepy Line, that exposes the power of big tech over public opinion.

In this article:featured, Joe Biden, Podcast