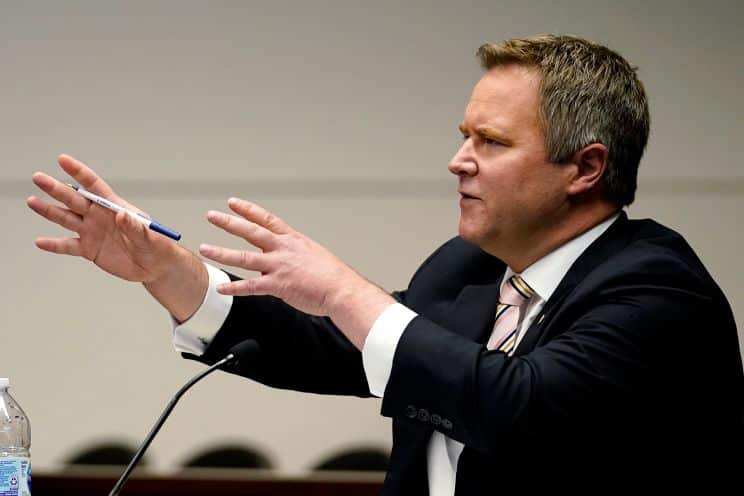 In an odd turn of events, the attorney who is representing multiple defendants for their participation in the January 6th U.S. Capitol riots has mysteriously been out of commission. “The mysterious disappearance of the lawyer John Pierce began last Tuesday, prosecutors say, when he missed a hearing for one of the many cases where he is representing a defendant in the Capitol riot investigation” reports Dnyuz.

Reportedly the young associate who took his place said Pierce had a “conflict.” However, in the following days, Pierce repeatedly missed additional hearings and excuses for his absence drastically changed.

On Wednesday his associate told the judge Pierce had contracted Covid-19 and was in the hospital on a ventilator. Another prosecutor in another case of Mr. Pierce’s was told he had been in a car accident.

Later that day, a different associate told a reporter Mr. Pierce had been hospitalized, but for “dehydration and exhaustion.” Dnyuz reports that in recent weeks, at least two of his clients have fired Pierce, complaining that he was unresponsive and at times unversed in the details of their respective cases. One defendant’s wife sent a letter to her friends and associates, complaining that her husband was having “issues” getting Mr. Pierce “to do his job.”

Dnyuz writes, “Finally, on Monday — after Mr. Pierce had still failed to emerge — the government got involved. Federal prosecutors issued letters to several judges in 17 Capitol riot cases, informing them that no one in the Justice Department had heard from Mr. Pierce in a week.” Also “multiple” phone numbers for his law firm appeared to have been disconnected.

The New York Times reported they had been unsuccessful in trying to reach Pierce several times by text and phone in recent days. Among his clients are members of the Proud Boys and Oath Keepers militia.

Pierce, a “self-described pro-Trump populist” has “promised, for example, to force the government to give him video footage of the Capitol for several days before and after Jan. 6, and has said he will demand information about every police officer working at the building that day. He has also vowed to subpoena hostile witnesses like Speaker Nancy Pelosi, ostensibly to learn what she may have known about security at the Capitol before the attack.”

In this article:Capitol riot, John Pierce