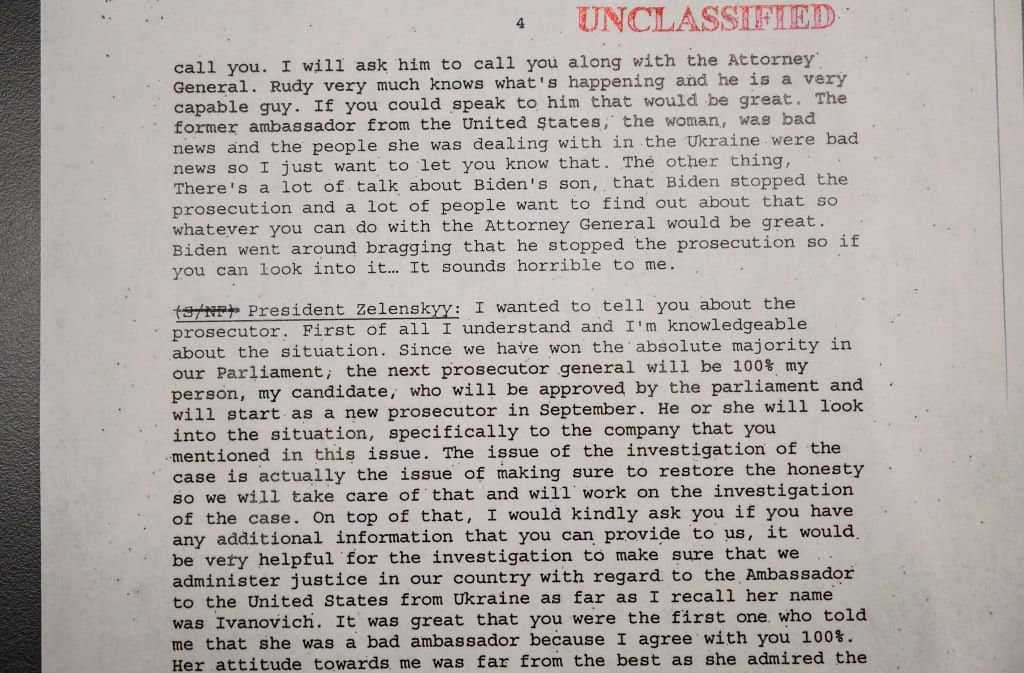 Earlier today a redacted version of the whistleblower’s official complaint was released by the House Intelligence Committee. The full unclassified complaint can be read here.

The identity of the whistleblower is still unknown, but in their complaint, multiple White House officials are cited and it accuses President Trump of attempting “to solicit interference from a foreign country” on the July 25th phone call. The Memorandum of the phone call was released to the public yesterday and did not appear to have any quid-pro-quo damning information. After the release of the memorandum, President Trump appeared at a press conference with President Zelensky who was asked if he felt pressured by Trump. He answered no.

Earlier this week President Trump “admitted that he withheld nearly $400 million in congressionally mandated Ukrainian military aid one week before his call with Zelensky, prompting speculation that he was preparing to engage in a quid pro quo arrangement with his Ukrainian counterpart” reported the National Review.

The whistleblower’s complaint says “U.S. officials told me that Ukrainian leadership was led to believe that a meeting or phone call between the President and President Zelensky would depend on whether Zelensky showed a willingness to ‘play ball’ on the issues that had been publicly aired by Mr. Lutsenko and Mr. Giuliani.”