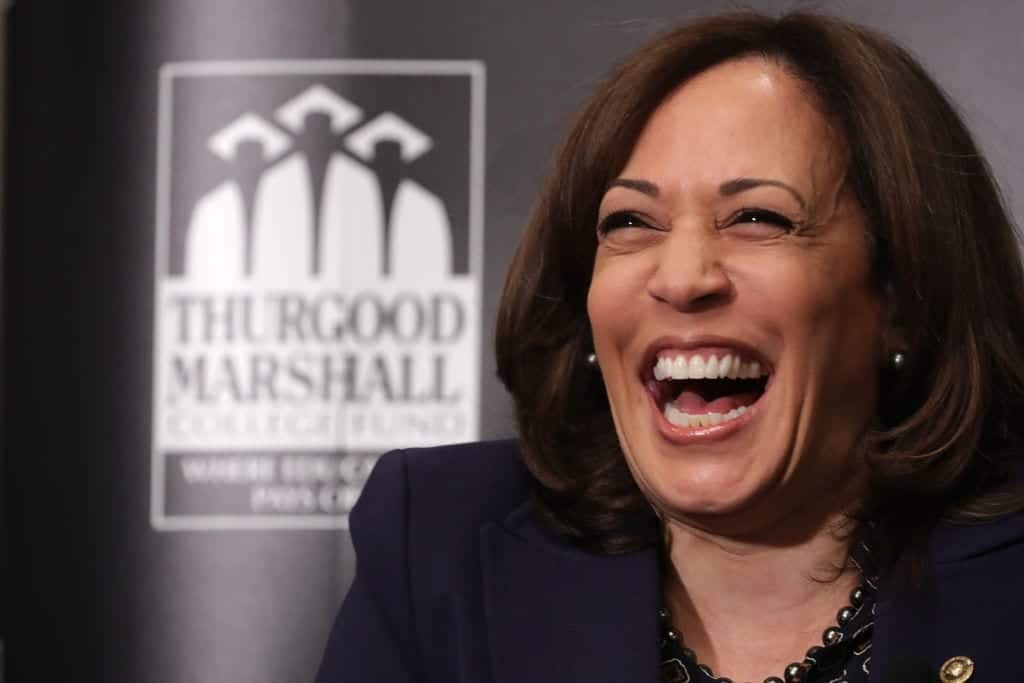 [otw_shortcode_dropcap label=”A” font=”Ultra” background_color_class=”otw-no-background” size=”large” border_color_class=”otw-no-border-color”][/otw_shortcode_dropcap]re Democrats just using Joe Biden as a “placeholder” until running mate Kamala Harris has the opportunity to be sworn in? That might just be Harris’s plan as well. While on the campaign trail Monday night, Harris left off the ‘Biden,’ in ‘Biden-Harris’ presidential ticket. Oops. In a virtual roundtable with small business owners of Arizona, Harris discussed the “Harris administration.”

“We need to make sure you have a president in the White House who actually sees you, who understands your needs, who understands the dignity of your work and has your back” began Harris’ speech whose intensity and focus suggested she was reading from a script. “A Harris administration together with Joe Biden as the President of the United States” she continued. Whoops! “The Biden-Harris administration,” she said monotonously, quickly trying to cover her tracks.
“The Biden-Harris administration will provide access to $100 billion in low-interest loans and investments from minority business owners,” finally finishing the sentence…correctly. Harris promised the business owners they would have an “ally” in the White House with their “Build Back Better” initiative.
Social media had a witty field day with Kamala’s little slip. “Joe better hire a food taster,” wrote Richochet editor-in-chief Jon Gabriel. “Freudian slip?” questioned The Daily Caller. As Fox News notes, “President Trump and his supporters have repeatedly attacked Joe Biden as being a ‘Trojan Horse for the radical left.” Is there a little Kamala Harris inside that horse waiting to sneak out and unleash the “Harris administration?” We’re not sure which is scarier.