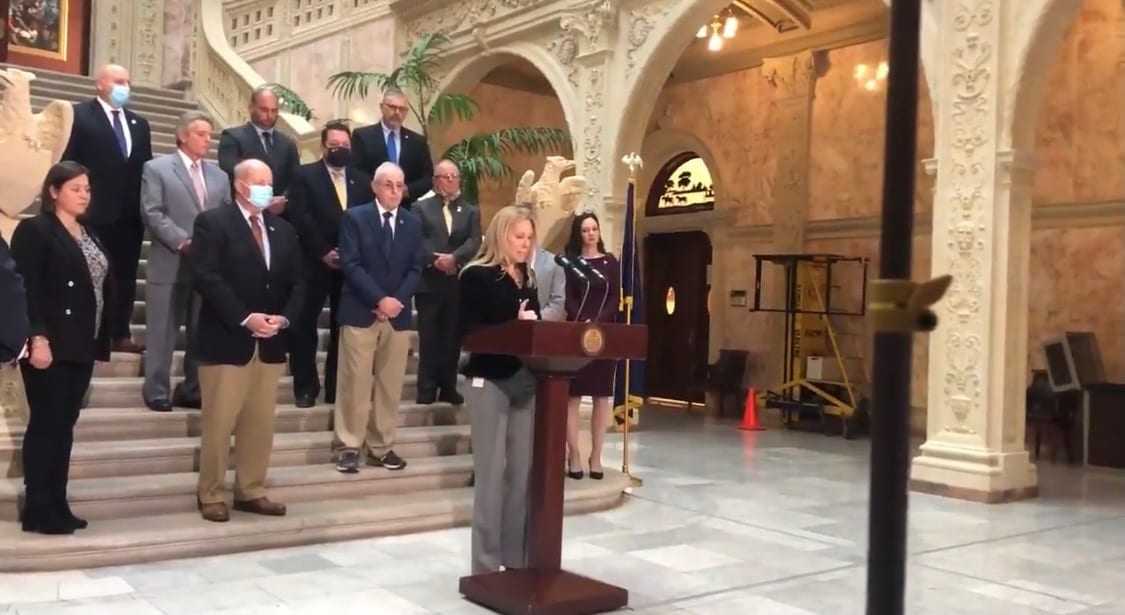 Dominion Voting Systems abruptly canceled their scheduled appearance at a hearing in Pennsylvania to examine allegations of election irregularities.

Republicans on the State Government Committee had hoped to ask questions regarding allegations made by President Trump’s legal team that the company used software developed in Venezuela designed to steal elections, BizPacReview reports.

“Transparency is key for our election security. Dominion Voting Software is asking us to give them only blind trust. We’re very disappointed in Dominion’s last-minute cancelation in today’s hearing,” the Pennsylvania House Republicans tweeted Friday.

Rep. Dawn Keefer: Transparency is key for our election security. Dominion Voting Software is asking us to give them only blind trust. We're very disappointed in Dominion's last minute cancelation in today's hearing.

In a press conference following the cancellation, Rep. Dawn Keefer shared some of the questions she and other Republicans planned to ask.

“Were test runs done, conducted before the election? Were they done after the election?” Keefer asked. “How do we know?”

“Does Dominion use open-source software so that observers can go in and see exactly what switches are being turned on and turned off? We don’t know,” she added.

“Transparency is key so if they’re doing this, if they used open-source software, right, we would know what’s going on there. The average observer could take a look to see what that process is,” she continued.

“Moreover, how tightly controlled is the source code, and who has control of that source code?

Committee member Rep. Seth Grove also blasted the software company, noting that had they shown up at the hearing, they could have quelled the growing allegations of fraud.

“Instead of running towards the light of honesty and integrity, Dominion Voting Systems retreated to the darkness,” he said.

“Why would a vendor of public goods fear discussing their product sold to the public for the public good? If Dominion’s products were successful and operated as they were supposed to, why wouldn’t Dominion take the opportunity to publicly review its success?” Grove continued.

“How hard is it to say ‘our ballot machines worked exactly as promised and they are 100 percent accurate’?” he asked, noting that the company has not released any data proving tallies were accurate.

“If they have nothing to hide, why are they hiding from us?” Grove questioned.

“Not only are Pennsylvanians more skeptical, but the actions of Dominion voting systems last night have lent credibility to their accusers’ accusations,” he added, noting that “to date” Democratic Secretary of State Kathy Boockvar has no plans “to address any concerns” about election integrity.

“I can tell you that the company was started with Venezuelan money in Venezuela for the express purpose of rigging elections for Hugo Chavez,” Powell said in a Fox Business interview Friday.