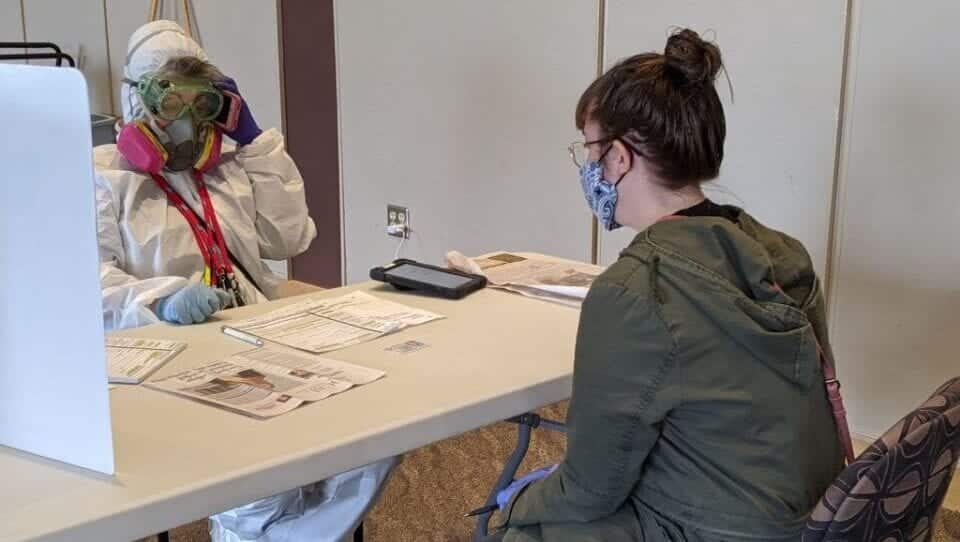 Local Wisconsin election officials made a terrible judgment call, and the Wisconsin Supreme Court has confirmed it. On Monday the Court ruled “that state and local election officials erred when they gave blanket permission allowing voters to declare themselves homebound and skip voter ID requirements in the 2020 election” reports Just the News.

The error resulted in the opportunity for Republicans to challenge “tens of thousands of ballots.” COVID-19 shutdown mandates, in other words, were not justification for skipping voter ID requirements to vote absentee. “we conclude that both the contention that electors qualify as indefinitely confined and solely as the result of the COVID19 pandemic and the declared public health emergency and the declared public health emergency and the contention that Wis. Stat. § 6.86(2)(a) could be used for those who ‘have trouble presenting a valid ID’ are erroneous because those reasons do not come within the statutory criteria” the court ruled.

In summation, the majority ruling concluded that local officials like Dane County and Governor Tony Evers’ “Emergency Order #12 did not render all Wisconsin electors ‘indefinitely confined,’ thereby obviating the requirement of a valid photo identification to obtain an absentee ballot.” Therefore, Evers did not have legal authority to issue the executive order earlier this year exempting all voters to get an absentee ballot without an ID.

Just the News reports that court filings show nearly 200,000 voters declared themselves permanently confined for the state’s primary in the spring, and even more people did for the general election. “The ruling opens the doors for Republicans to potentially challenge those votes if it can be shown the voters weren’t sick or elderly as required by the law.”