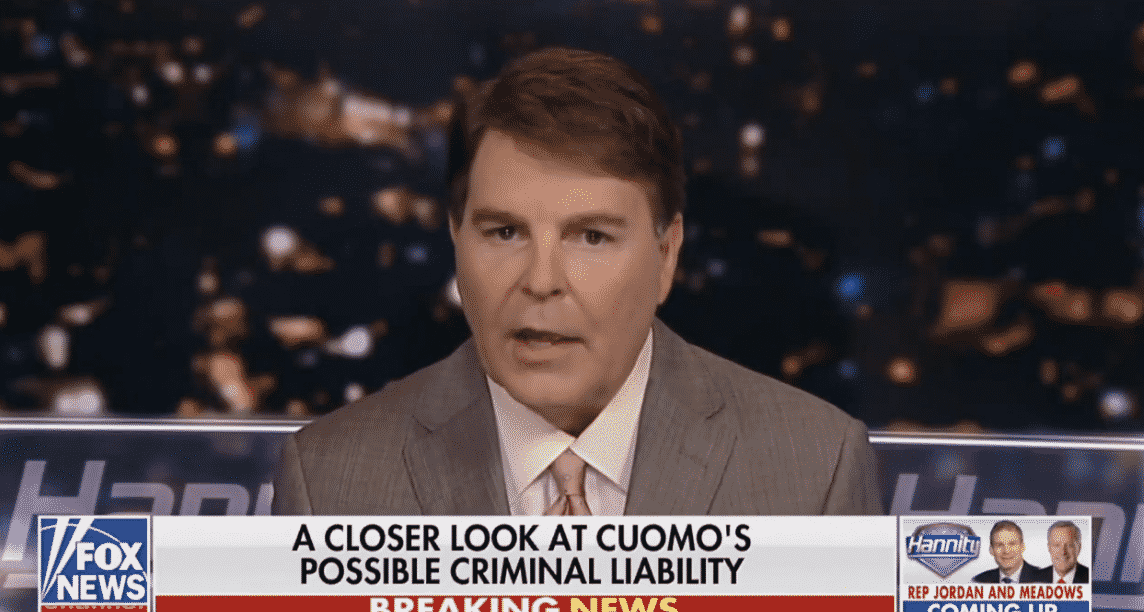 Gregg Jarrett joined host Sean Hannity to discuss the New York Attorney General’s report concluding state and federal laws were broken by Governor Andrew Cuomo. Cuomo was accused of harassing at least eleven women, all of whom were individually discussed in the report. AG Letitia James said in a press conference earlier this week that Cuomo will not face criminal charges. Now, many are calling for his resignation, including President Joe Biden.

Hannity asks Jarrett now that there are three prosecutors investigating him, what happens from here for Cuomo? “He’s in serious legal jeopardy.” Jarrett responds. In the last 24 hours, four different District Attorneys announced investigations into whether Cuomo committed crimes.

Jarret explains that the DA’s have “primary jurisdiction because the accusers say they were violated by Cuomo in those counties” of Albany, Manhattan, Nassau and Westminster.  Additionally, the possible crimes he could be charged for are “forcible touching, which is unwanted fondling, groping of sexual and private parts, assault and battery and criminal harassment.”

The four District Attorneys have made a formal request to gather all the evidence by the Attorney General. Jarrett explains one of the most highly asked questions which is why would AG James not bring criminal charges against Cuomo despite the information gathered for the report?

The answer is that she has a conflict of interest because a “division in her department is required to defend the Governor in various actions.” Therefore, “you can’t prosecute and defend simultaneously.”

In addition to the sexual harassment allegations, Cuomo also faces a federal investigation into whether Cuomo “cooked the books and lied about the number of nursing home deaths in order to avoid a Department of Justice investigation.” The law, Jarrett explains, “says trying to prevent a government investigation constitutes obstruction of justice.”

And “finally, there’s another investigation” into his $5 million book deal and “whether he used government workers to write and edit the book.” The law says it is a crime to convert government resources for personal financial gain; it’s called corruption, Jarrett notes.

Jarrett says on the civil side, all eleven harassment accusers can use the evidence gathered “to bring lawsuits for money damages against Cuomo and the state of New York for three things: sexual harassment, retaliation and a hostile work environment. Those are the laws that AG Letitia James concluded that Andrew Cuomo egregiously violated.”

In this article:Andrew Cuomo, Gregg Jarrett