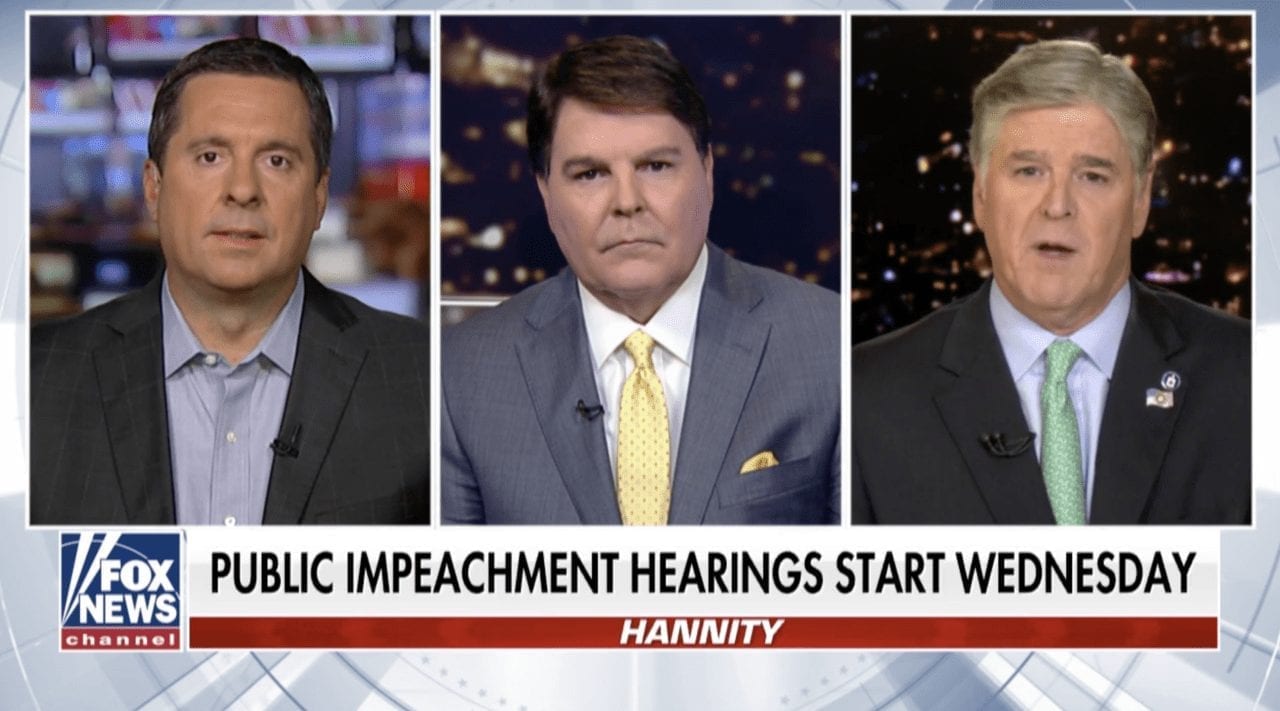 Gregg Jarrett made an appearance with Congressman Devin Nunes on Fox News’ Hannity program last night. While discussing the impeachment proceedings and the “inequitable” rules that Rep. Schiff has set up for the public hearings, which starts tomorrow, Gregg pointed out that the witnesses can only testify to their opinion as they do not possess any factual knowledge about what occurred.

With the Democrats’ star witnesses at the start of the impeachment hearings only having hearsay information and opinions, it is hard to believe that their testimony will captivate the minds of the American public.