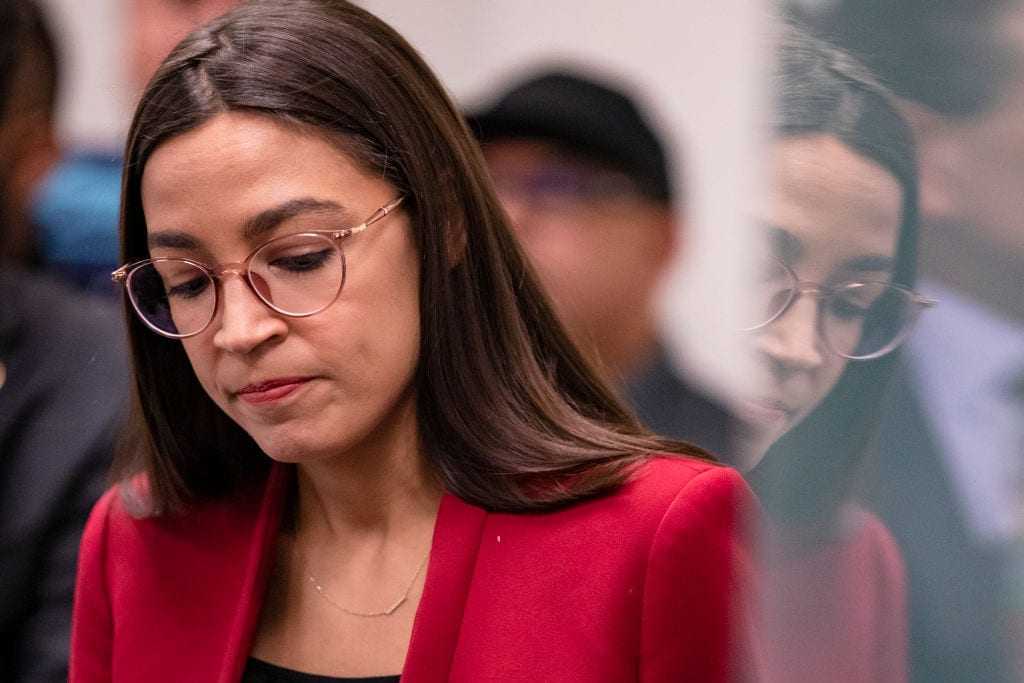 [otw_shortcode_dropcap label=”N” font=”Ultra” background_color_class=”otw-no-background” size=”large” border_color_class=”otw-no-border-color”][/otw_shortcode_dropcap]ew York Congresswoman Alexandria Ocasio-Cortez joined the U.S. House of Representatives with guns blazing. Wasting no time at all, she proved to her colleagues that she walks to the beat of her own drum and has no intention of following any form of a protocol or traditional manners in the House. AOC’s extreme progressive policies and anti-American sentiments have created a divide amongst her own party, even with the head honcho herself, Nancy Pelosi.
With extreme missions including open-borders and healthcare for all, AOC is getting a little bit lonely on her socialist perch. Sadly, she has a plan. Cortez announced seven House candidates who will receive money from her PAC ‘Courage to Change.” AOC took to twitter to say, “it’s time to elect a progressive majority in Congress accountable to strong, grassroots movements that push support for issues like Medicare for All, a Green New Deal, racial justice, & more.”

No wonder Miss Cortez is a Sanders supporting socialist who admits her “ambition right now is to be a little less lonely in Congress.” The NY Post shines a shimmer of hope for our country in writing that AOC “may not last in Congress: Already in hot water for refusing to pay dues to her caucus’ fundraising arm, the Democratic Congressional Campaign Committee, she’s now devoting her resources instead to defeating Democrats.”

“Don’t be surprised when the established Democrats who’ll control redistricting after the 2020 Census does their best to eliminate her seat.”

Alexandria Ocasio-Cortez has been a thorn in the side of Democrats since the youngest member to ever join Congress arrived on the Hill. When you have a D next to your name, but prove to be problematic for Pelosi, Schiff and other longtime Democratic powerhouses, you may not be long for the lawmaking world.
As the Post writes, “Don’t be surprised when the established Democrats who’ll control redistricting after the 2020 Census does their best to eliminate her seat.”

In this article:Alexandria Ocasio-Cortez, AOC, news1